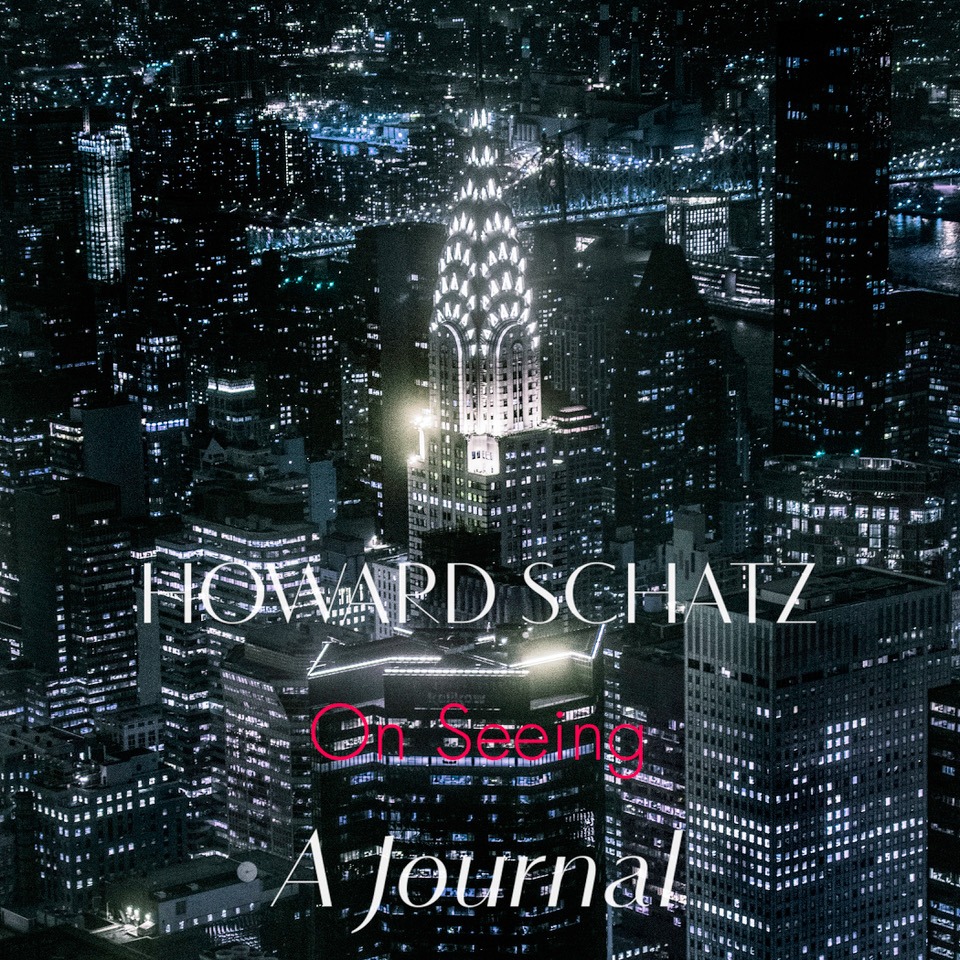 In November, 2019, on a crisp, clear New York City evening, I had the extraordinary opportunity to make photographs from the 102nd floor of the Empire State Building.

The renowned design company, Thinc Design, with Tom Hennes, principal and founder (and my friend) at the helm, had just completed a reimagined, redesigned and reengineered observatory deck and an entirely new visitor path through the iconic skyscraper for the four million annual visitors to the building each year. The budget for this challenging four-year project: $165 million. 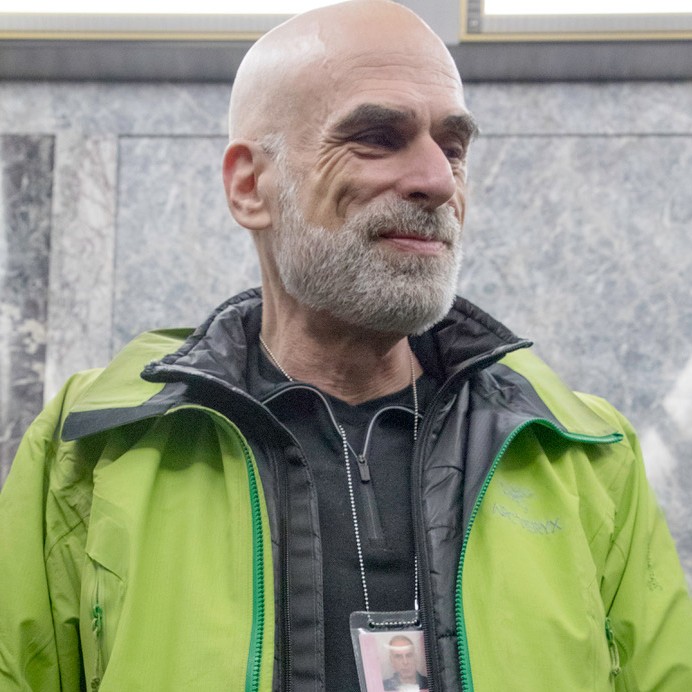 Tom’s company, Thinc Design, is an award-winning firm that has completed projects that include the National September 11 Memorial Museum at the World Trade Center, the US Pavilion at World Expo Milano 2015, The Freedom Park in South Africa, the Museum of Science and Industry in Chicago, and  the California Academy of Sciences in San Francisco’s Golden Gate Park. Current projects include permanent galleries for the Jordan Museum, the Sustainability Pavilion at Expo Dubai 2020, and the Seattle Aquarium. 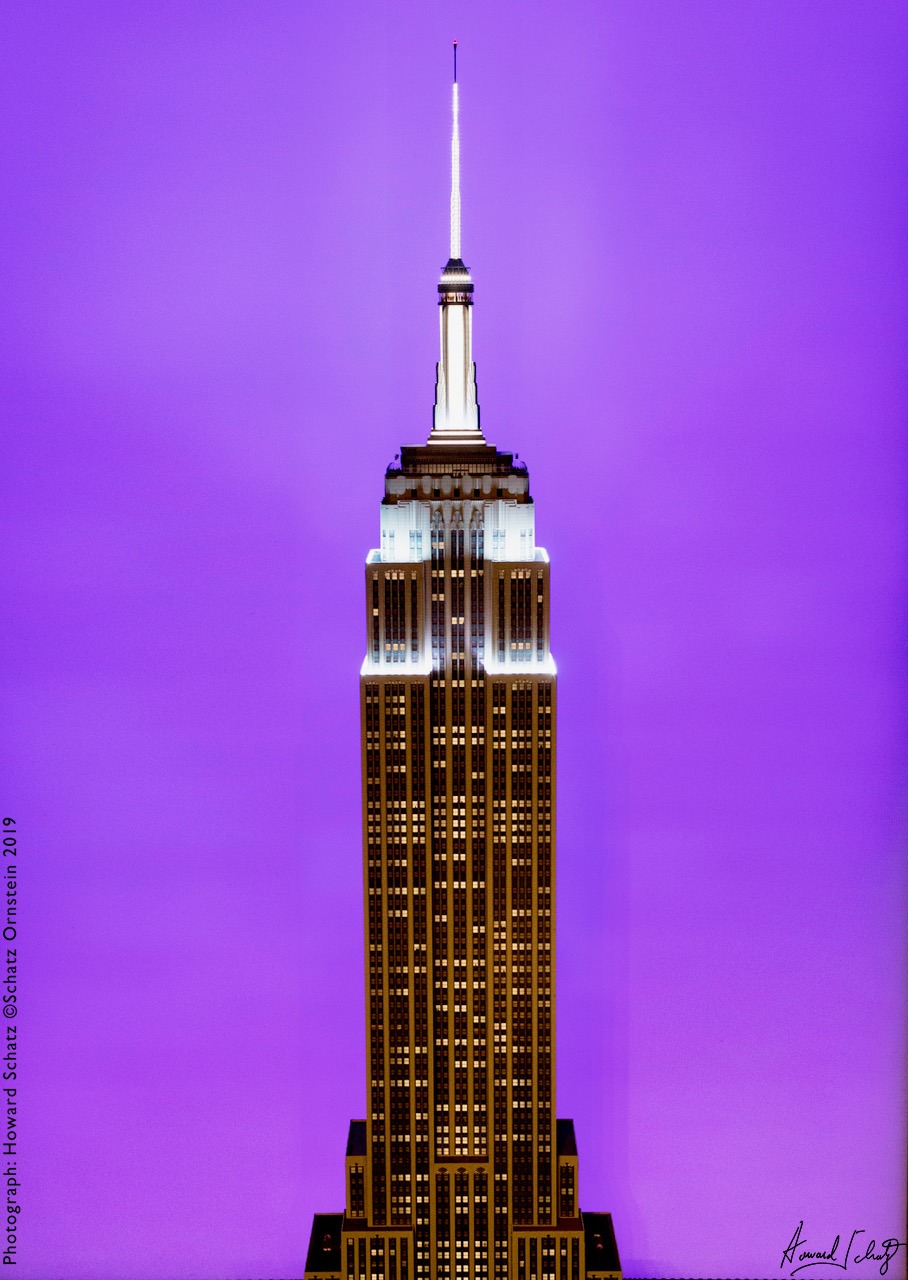 The centerpiece of a new 34th Street entrance is an extraordinarily crafted,  architecturally accurate two-story model of the building.

I arrived at the newly designed observatory with my camera after a ride in a glass elevator from the 86th floor up through the iconic mast to the 1250-foot level at the top. From this point there is an astounding, 360-degree view of the entire city…dramatic in the daytime, but brilliant and powerful at night.  One can understand why New York is called the city that never sleeps (with a Pandemic as a horrible exception). Once, some years ago, I made photographs from the top of a pylon of the Golden Gate Bridge; being high over a brightly lighted New York was no less thrilling.

A few of the stunning views: 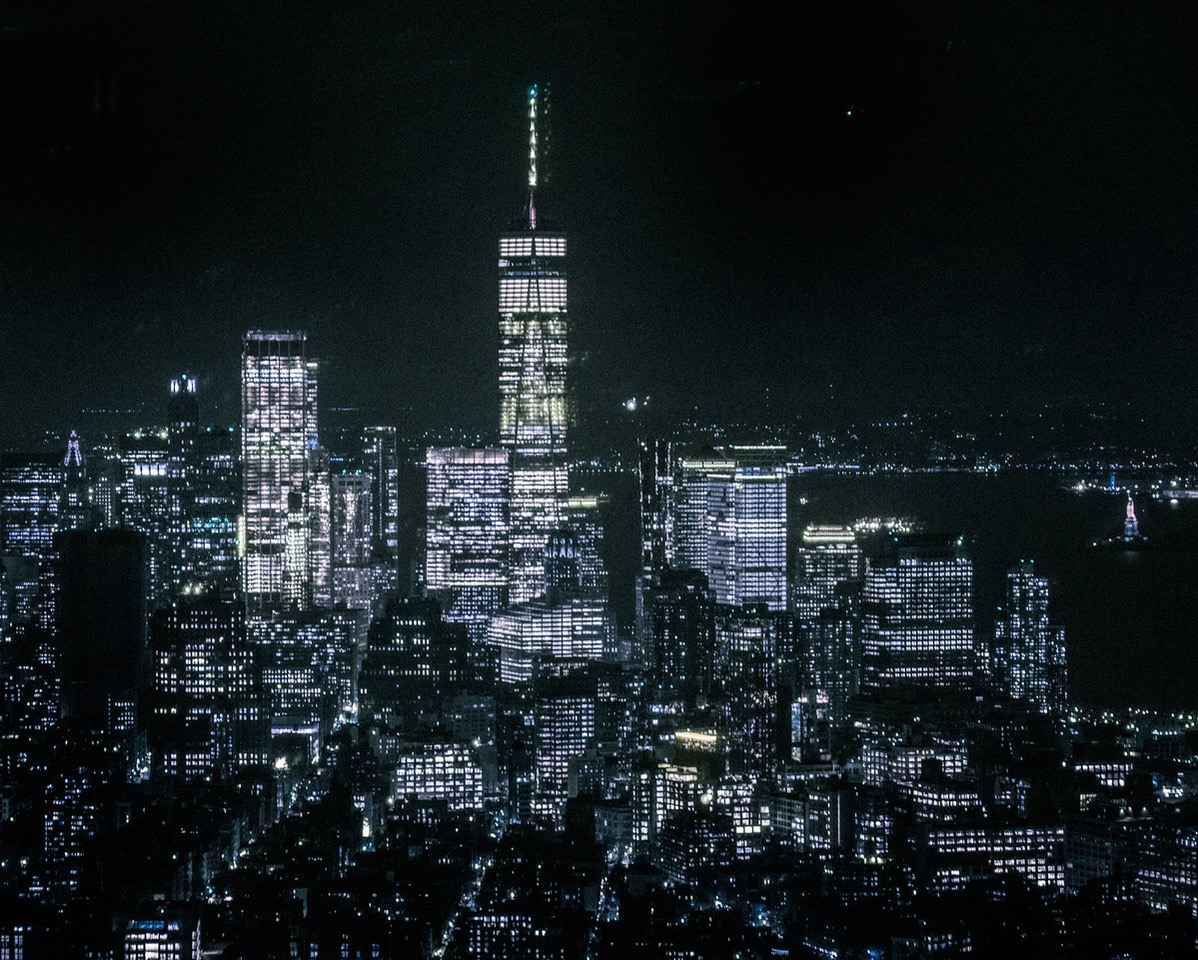 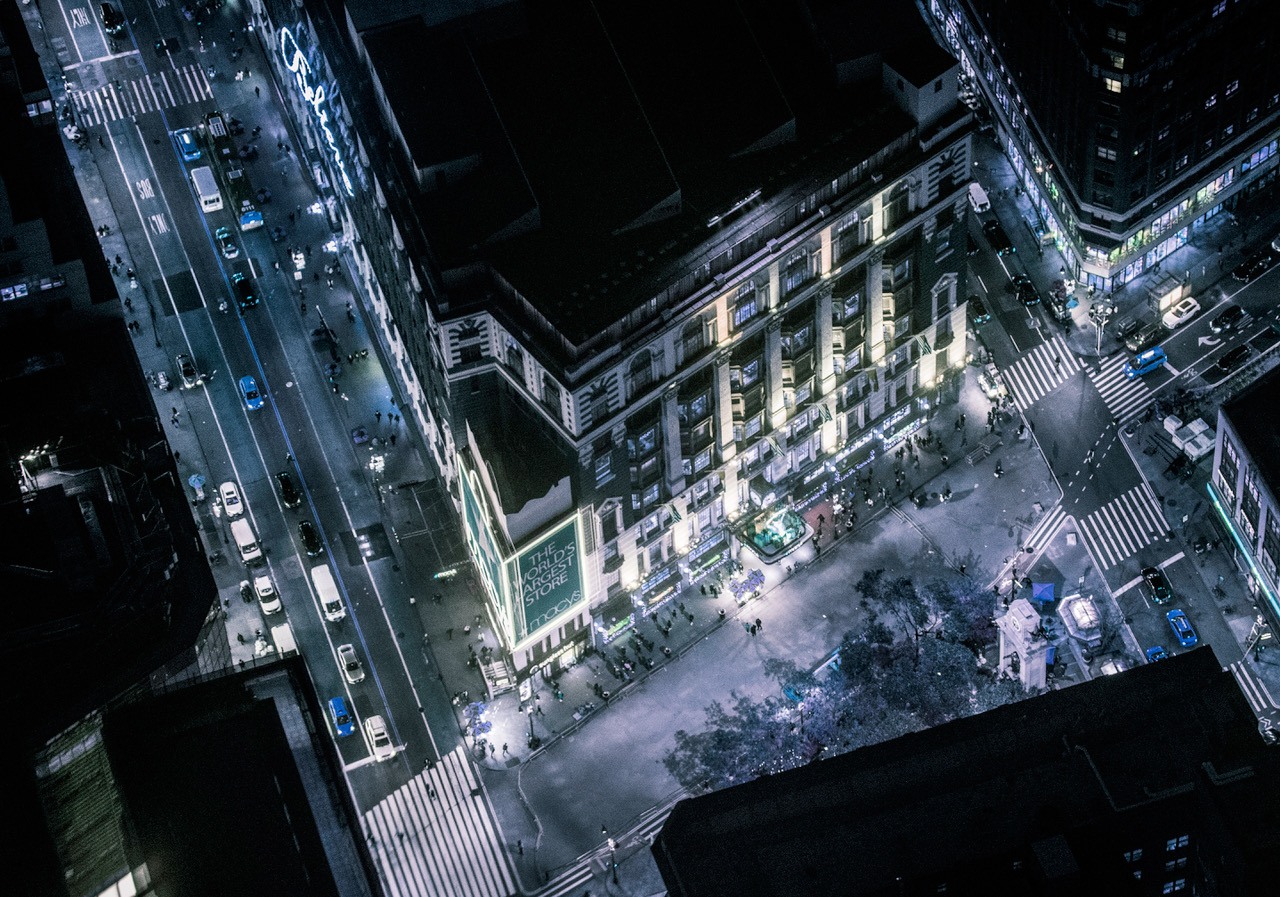 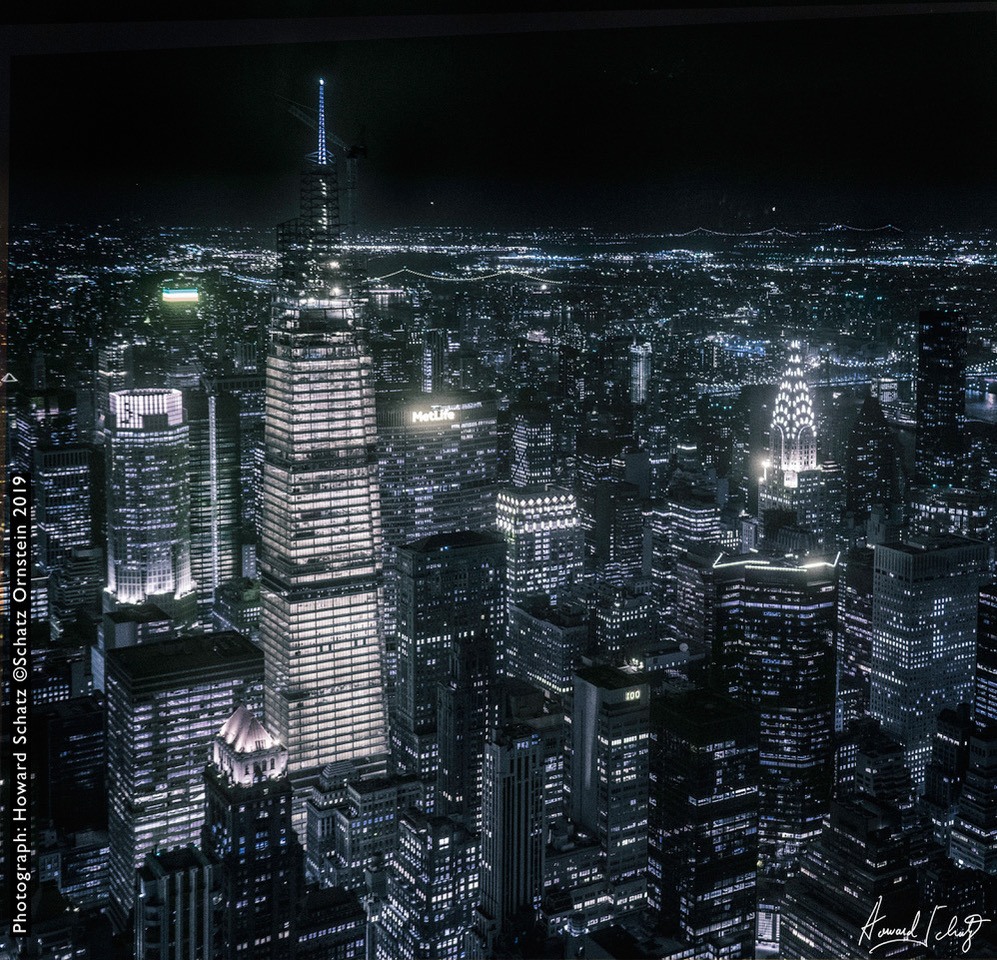 Chrysler Bldg to right.  The biggest building to the left, with the spire under construction, is 1 Vanderbilt—the newest of the taller-than-the-Empire-State buildings. 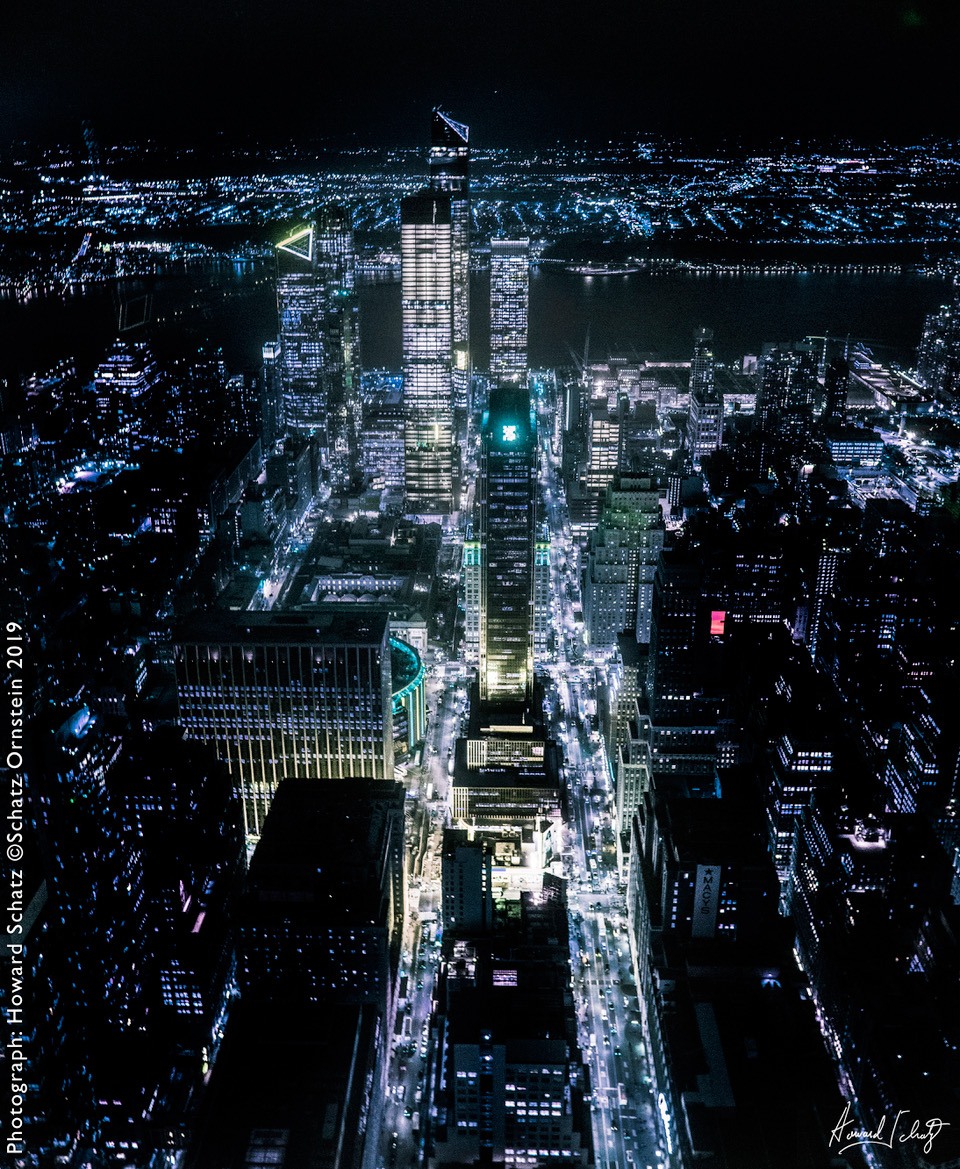 View West, along 33rd and 34th Sts.
Toward the new Hudson yards at top,
and New Jersey across the Hudson River. 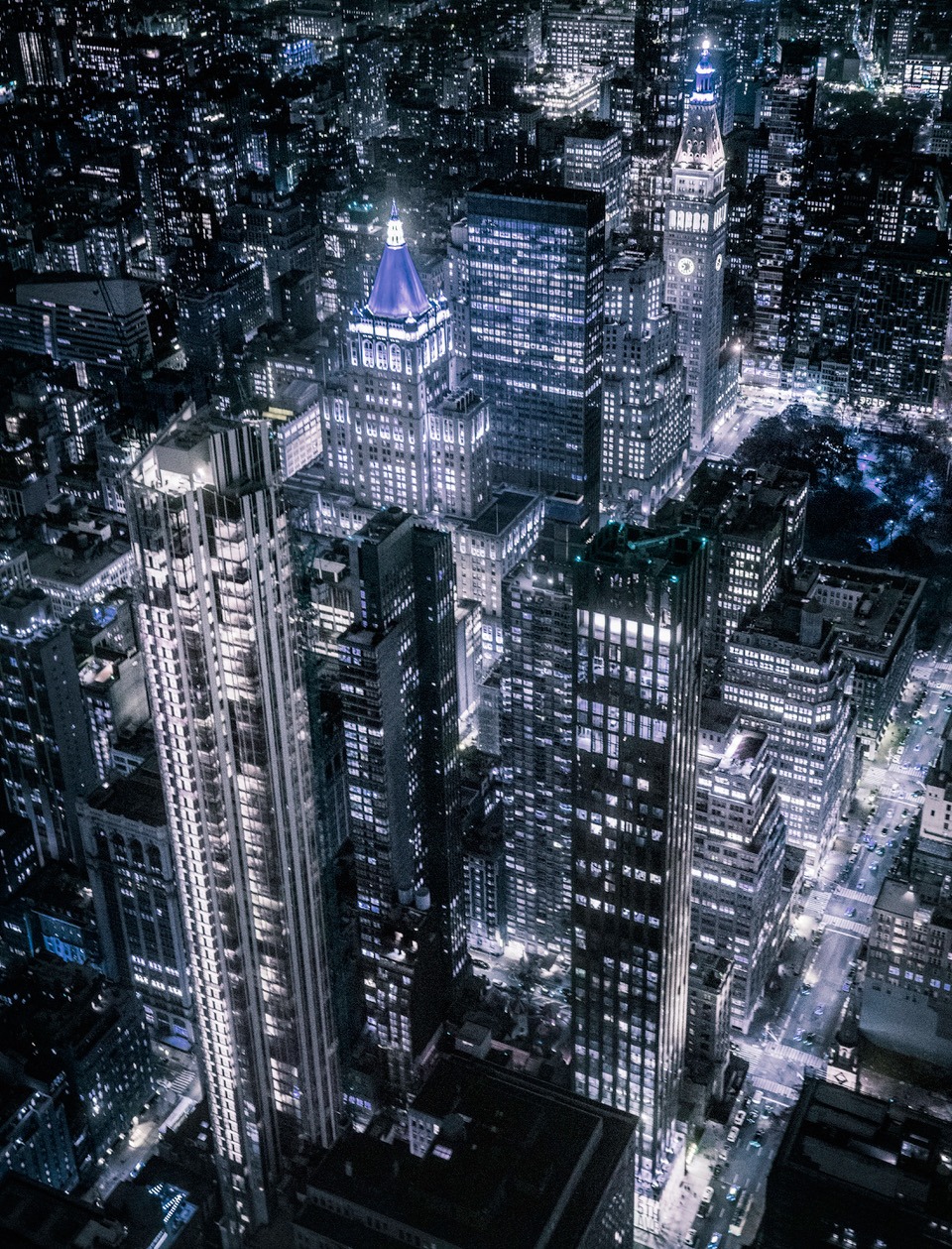 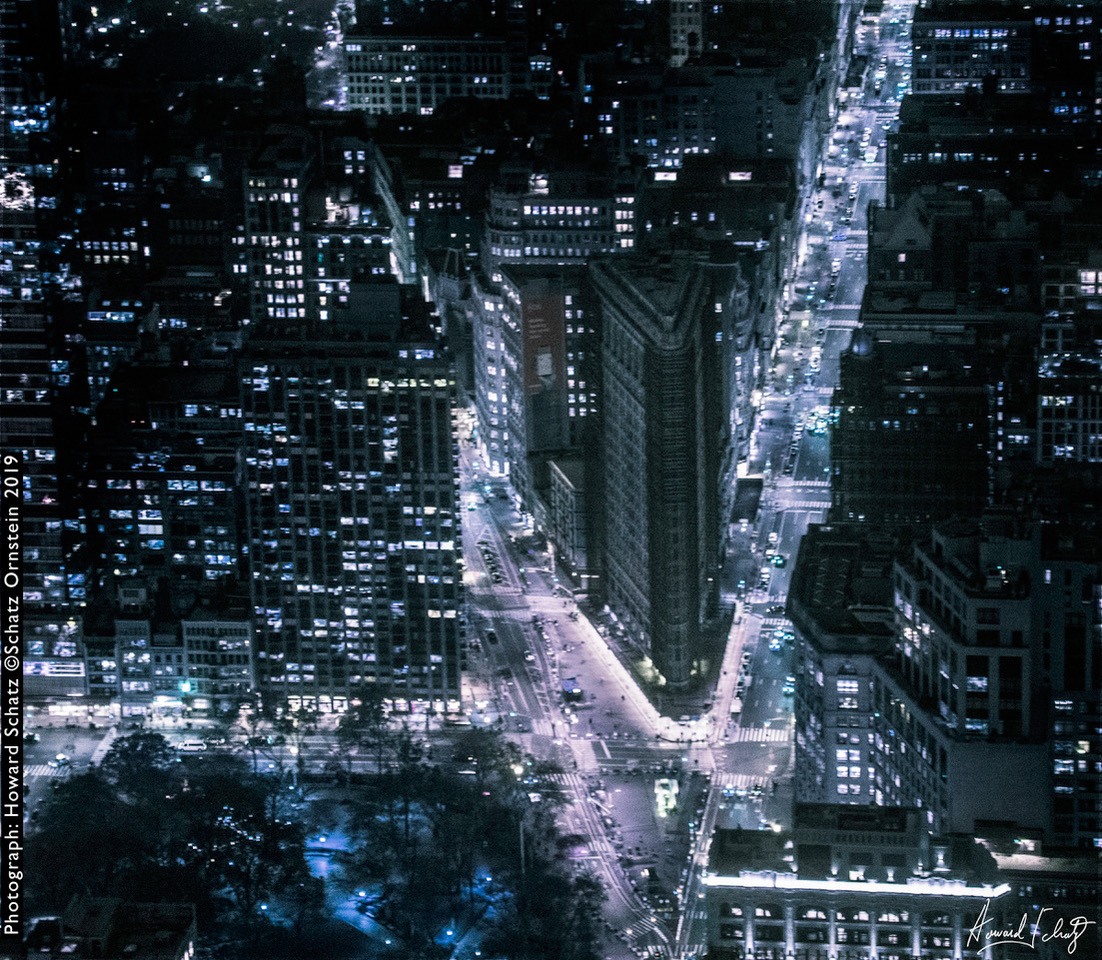 Flatiron Bldg on 23rd St where Broadway and 5t Ave cross. Madison Sq Park lower left is one of my favorite places and just two blocks from our studio on 21st St, just West of 5th Ave.

These images were all made with my canon camera and a zoom lens hand held at a high ISO.  I’ve asked Tom if I would be permitted to return with a “big” camera and tripod.

Because of the Pandemic the tower is closed.  Perhaps this coming late Fall—the clearest nights occur when it is very cold.