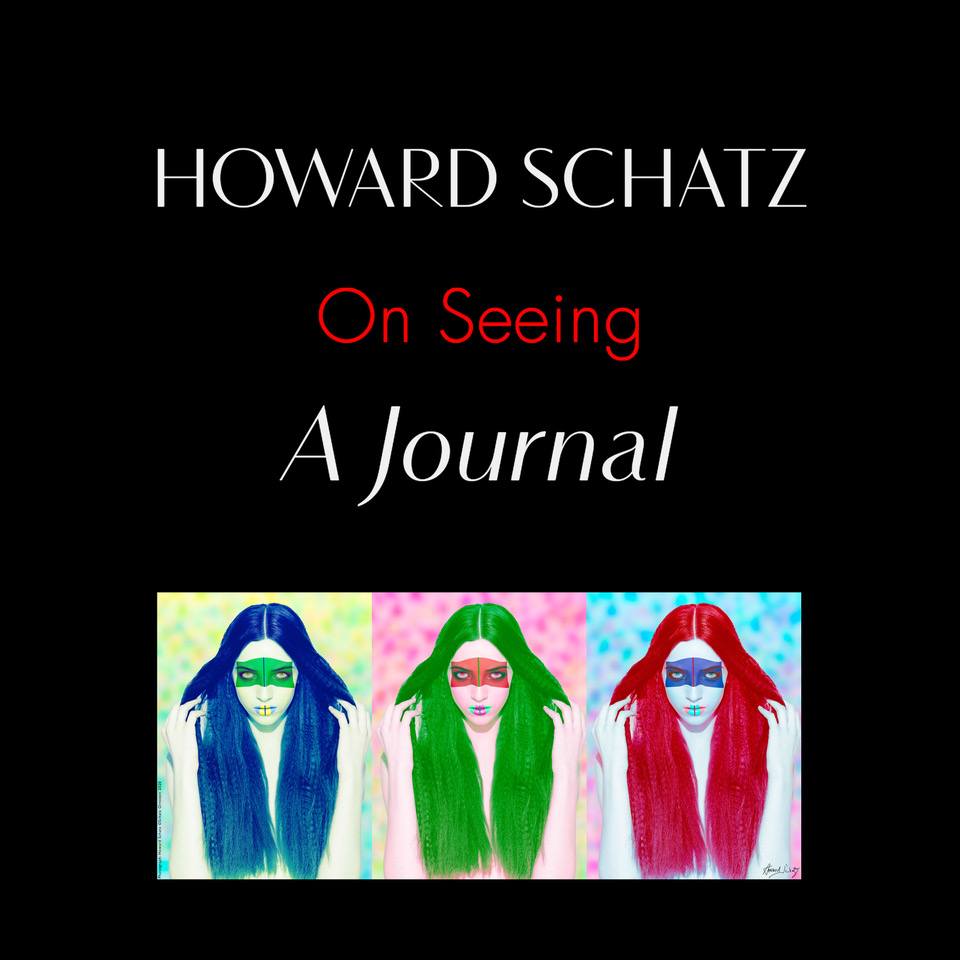 There is something about a triptych. I have been fascinated by this ancient art form, and have found it often influencing my own work.

The triptych form has been employed for many centuries and for many purposes. One of the first uses of triptych in painting appeared in Christian art of the Middle Ages, particularly in altar pieces. Artists adapted the power of three, notable in the Trinity of Catholicism, to enhance the central image (often to include supportive saints and commissioning donors). The two outer panels, with figures that look toward the center panel, focus the viewer on the prime figure and the interplay of the images knits the composition together. 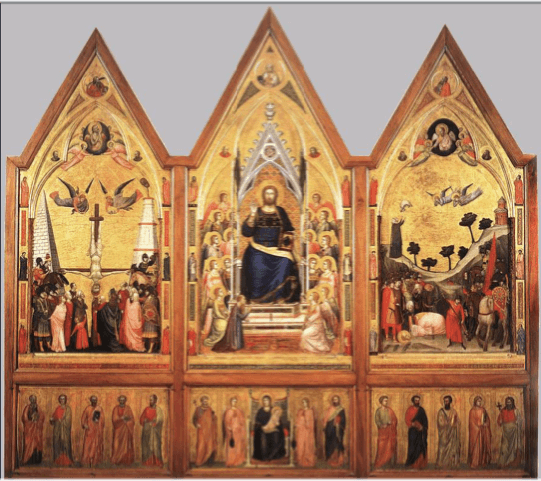 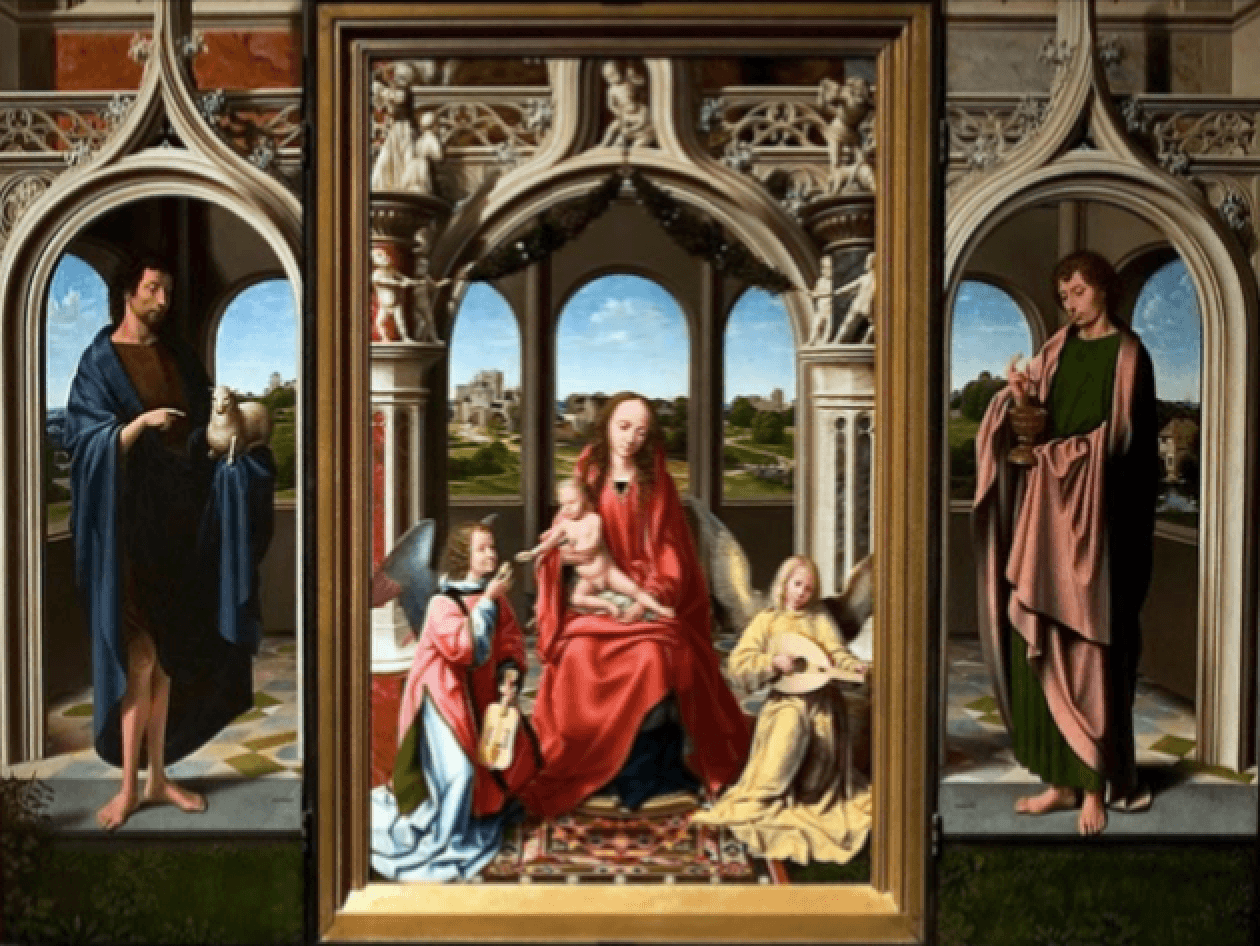 Many triptychs followed over the centuries.
Hieronymus Bosch, The Garden of Earthly Delights, 1490-1510 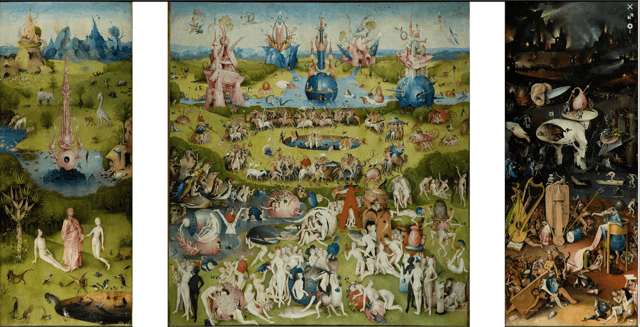 It’s no wonder that so many great Renaissance masters like Bellini, Titian, Rubens and Vivarini have created triptychs which are seen in museums throughout the world.

Triptychs pose an observational challenge and stimulate what I call intellectual commotion. A viewer must make a mental construct of the association of the three images. One becomes actively engaged in deciphering the relationship among the images perceived. In some cases the three images depict a narrative. Other times the images are a variety of interrelated contrast, color, graphic design and shape. How does the first image relate to the second and the third, or the third with the first, and what does the combination say as a whole. One’s eye goes back and forth, each time taking in fresh detail and constructing new connections. A triptych tests one’s power of observation and association and it can rouse in the viewer a form of playful mediation.

After the Renaissance, triptychs fell out of favor, unloved by the Protestant Reformation, but modern artists have on occasion returned to the form with magnificent results.

Triptych of The four Seasons (from the Gitter/Yellen connection) by Sakai Hoitsu, 1800. 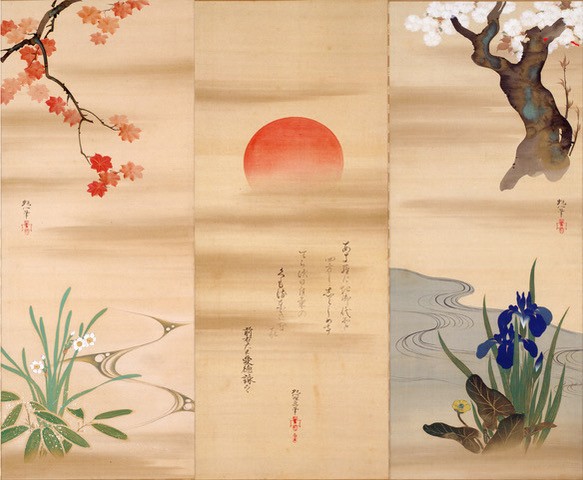 Milton Rogovin, from his work and book, “Triptychs,” studying families in Buffalo from 1972-1994.

Owen Edwards, Beverly Ornstein and I utilized triptychs in our book: “Caught in the Act” based on the many three-part portraits of actors that I made for Vanity Fair. 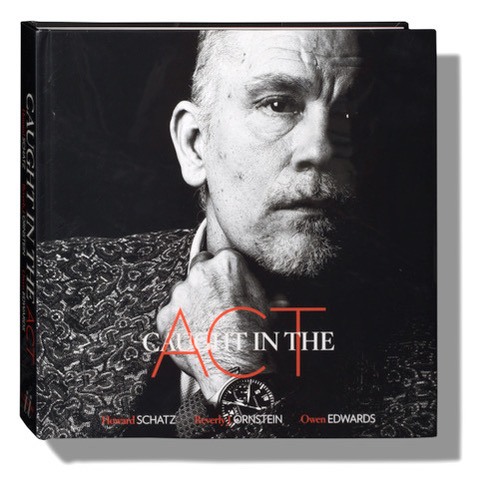 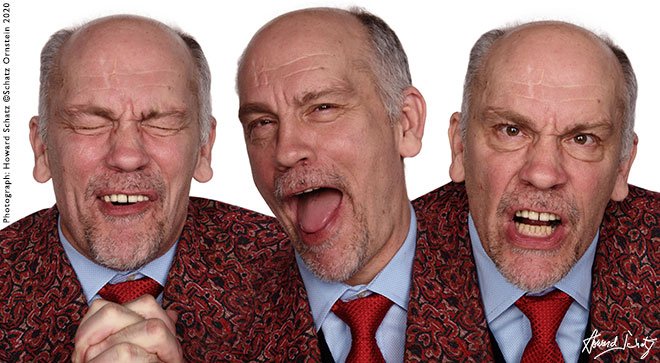 Given the potential of triptychs for visual magic, and my longstanding interest in them, it was inevitable that I would begin to arrange photographs from my existing images, usually done for specific editorial or artistic purposes, in groups of three. Making choices for these arrangements stimulated my imagination, a welcome exercise in these stalled times, and – as triptychs tend to do – revealed to me aspects of my own psyche, one of the modern triptych’s magical powers.

The current COVID-19 shutdown has prevented me from doing new shoots in my studio.  Along with re-imagining how earlier work might be re-vivified, I have begun bringing fresh energy to my archive by assembling triptychs. This has brought me renewed wonderful surprise and delight. I know it has served as an injection of adrenaline for my creative explorations.

In future “ON SEEING” journals I plan to assemble and discuss an ongoing exhibition of my use of triptychs.