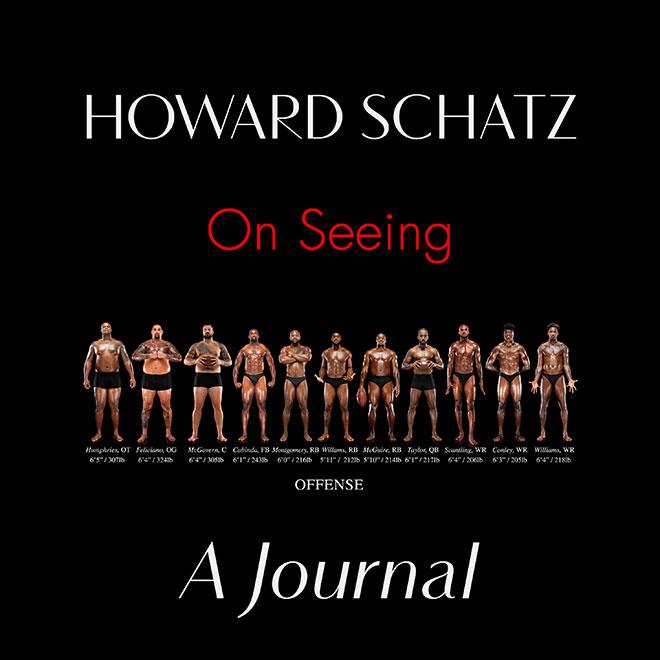 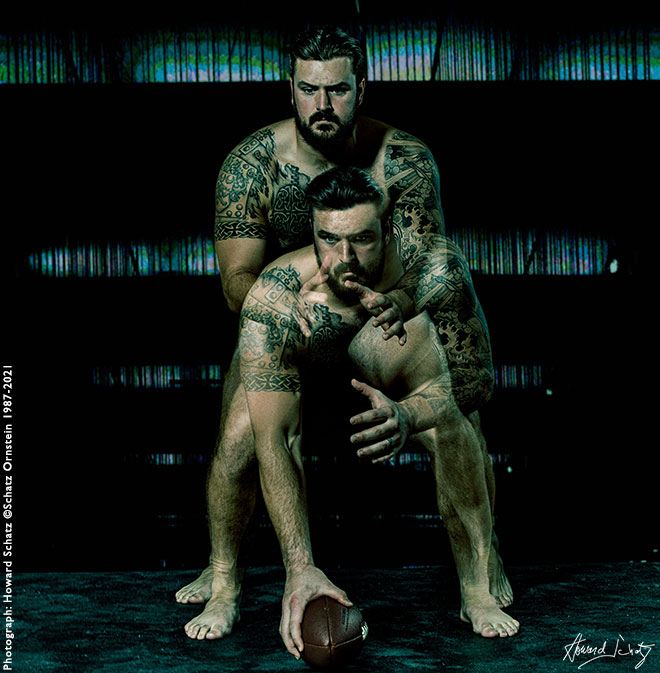 Connor McGovern, the center for the NFL New York Jets came to the studio recently.  He is 28 years of age, 6’ 4” tall and weighs 306 lbs.

He played college football at Missouri and was drafted into the NFL in 2016.   In 2020, he signed a three-year, $27 million contract with the Jets. 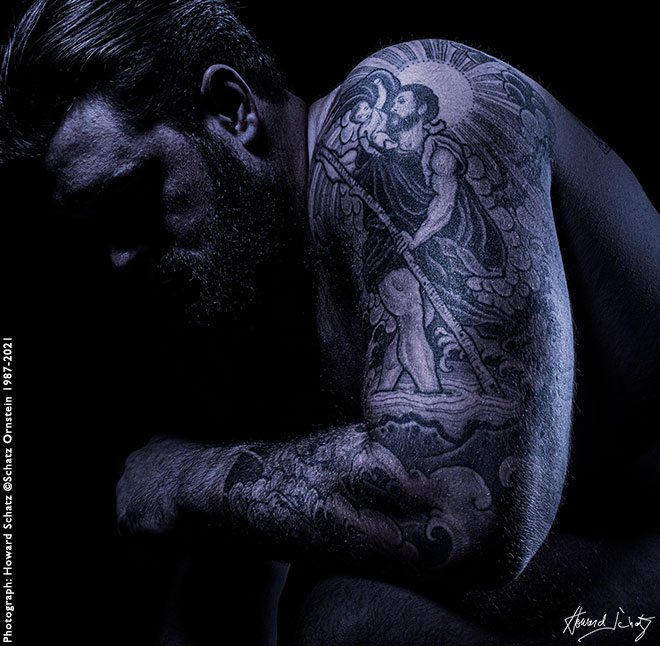 At the shoot we worked together to make images that were “true” to his skills and functions on the football field along with portraiture. 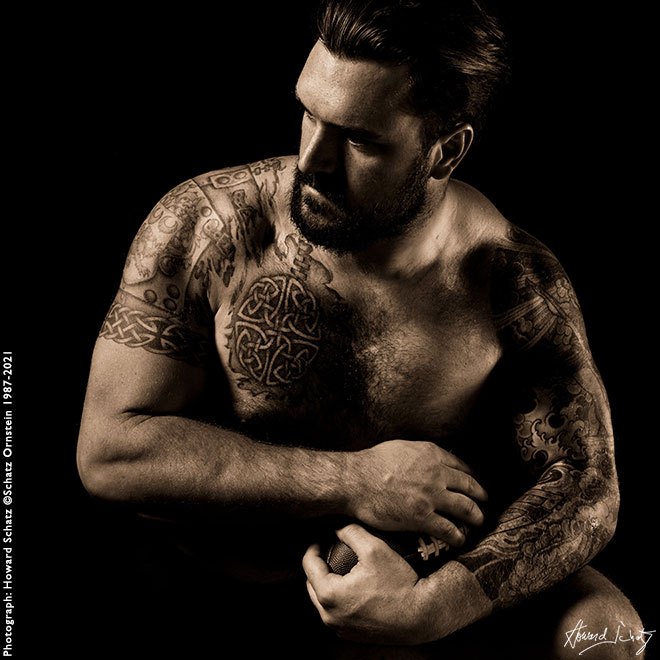 My admiration for this remarkable, thoughtful, balanced and dedicated athlete was also reinforced by my interview with him, excerpts of which appear below.

After hiking the ball to the quarterback during a pass play, the center will step back or to the side to block oncoming defensive lineman. He and his fellow offensive lineman attempt to create a “wall to protect” the quarterback providing him time and space to locate an opened receiver and pass the football. 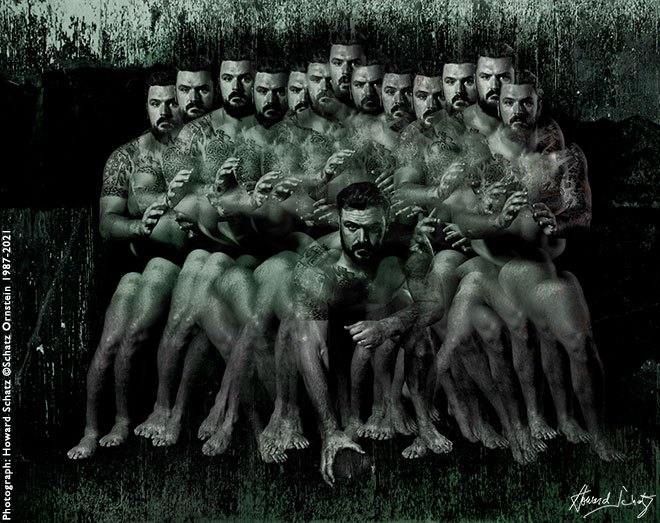 “I didn’t really think about the NFL until college. Coming from a small town in a small state not a lot of guys go to the NFL. I started playing really well in college and realized I could make it.

“I think the hardest part of being in the NFL is that you have to be on your game every single day. The saying in the NFL goes, “What have you done for me lately?” You can’t have a bad day. You could have six really, really good games and then have one bad game, and then you can just feel they’re going to find your replacement. Fear of being replaced is always in the back of your head. And if it’s not in the back of your head then you’re going to get replaced. I can always play better every game. No matter how good you play, you can always play better.

“There are about 15,000 kids sitting on their couch that would give anything to be a starting center for the Jets. There’s guys in the gym every day grinding with this as their goal, and their full purpose in life is to be a starting NFL center or offense lineman; they’ll do anything they can to get there.

“There’s no one who is exactly the same as me. Everybody has the way they work, the way they think, their athletic ability is different.There are some guards and  tackles that are very, very similar. Centers seem to be very different, it’s just such an odd position. The coaching system that we’re in is what I’m built for, it’s the speed, the athleticism. It really allows me to play fast and use my athleticism. Coming out of college it was my weight room ability and not really my football ability. Which is always interesting: you’d rather be a good football player than a good weightlifter.  My big strengths are my athleticism and strength. And my intelligence definitely helps me a lot.

“My biggest worry and concern in life has always been not being successful.  I’ve grown up in the business of farming potatoes. I went to school for agricultural economics, with an emphasis in business management. I come from a very successful family. My grandpa’s farming operation is the world’s largest potato grower and largest John Deere dealer. My dad and aunts, uncles, everybody has helped him grow that exponentially, so they’re all extremely successful. Everyone on my mom and dad’s sides of the family is very successful. After football, I’ll return to North Dakota and work in the family business. My dad’s been a huge mentor, and big inspiration for me. I’m a little bit shy at first, a little bit more collected. Competition brings out the best in me.

“One of the nicest things that someone ever said to me was my little brother, in his best man speech at my wedding;  he said that I’m somebody that makes extraordinary goals seem ordinary. That was something that I’ve never heard before. I don’t know where he got it, but, it meant a lot to me for him to say that and to mean it. That’s my biggest strength: if I want something I’ll do whatever I can to get it. When I was a young player, nothing was going to get in my way; I was willing to do anything to get there. And then I married and we’re starting a family. I think life can, kind of, get in the way of your ultimate goal.,

“My ultimate goal was first to be a college football player and then a starter and then an NFL football player and then a starter. Now that I’ve been starting for four years, obviously I want to win a Super Bowl and be in the Pro-bowl, be an All-pro. What am I willing to sacrifice for that? I have a family that’s growing; what most important? Before that, I never understood a guy who’d miss a practice for, “I’ve got some stuff going on at home.” When I was single and young, there was nothing going on at home that would make me miss practice. But now I get it. Stuff happens in families, and there’s stuff that is more important than football. That’s hard. Life is definitely harder as you get older and have your own family.

“To get to this point I’ve tried to be as perfect as I can. I didn’t party, I didn’t drink, I just did everything I could to get here. It’s as good as I thought it was it was going to be. I don’t have a whole lot of regrets and I hopefully will have a long life to live.

“I think once kids start coming and the family grows and I get older, I think family will definitely start to surpass football. I can already feel it.

“I’ve phenomenal parents; the biggest thing for me is being as humble and kind as I possibly can be. I want just to be a good person.” 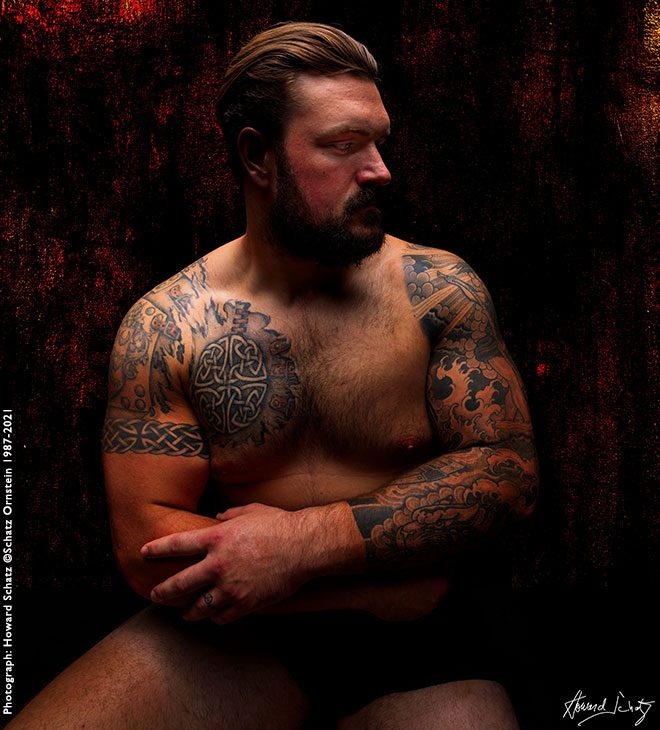