“The Shape of the NFL” DJ Humphries 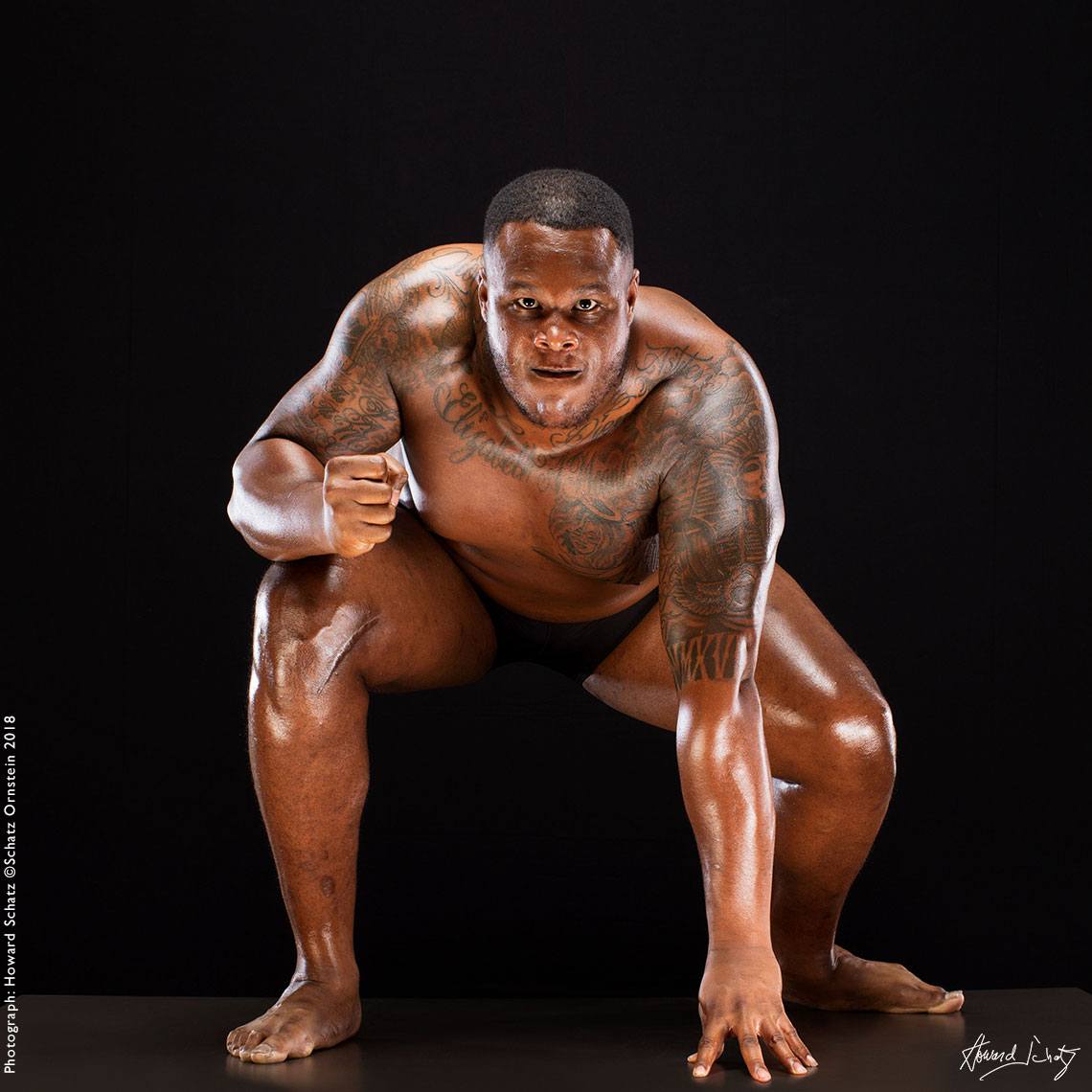 In a new and ongoing project, I am inviting athletes to my studio who play the many and varied positions on NFL teams. With a series of portraits, I want to demonstrate the particular physical characteristics that make each player perfectly suited to excel at their highly specialized tasks.

DJ Humphries, a 24-year-old offensive tackle for the Arizona Cardinals, was a recent visitor. He is 6’5” tall and weighs 307 pounds, and unlike the dancers I often photograph, he made the studio seem small.

Offensive linemen like Humphries need their size. He is a perfect example of what it takes to do his job, which is to create a human wall to protect the quarterback from defensive players determined to sack the quarterback and stop–or at least deflect his passes–or, to open holes in the defensive line for running backs.

With each professional football player I photograph, I have a few “set pieces” that I like to accomplish. First, is a photograph of the athlete simply standing, in a sense “at the ready.” 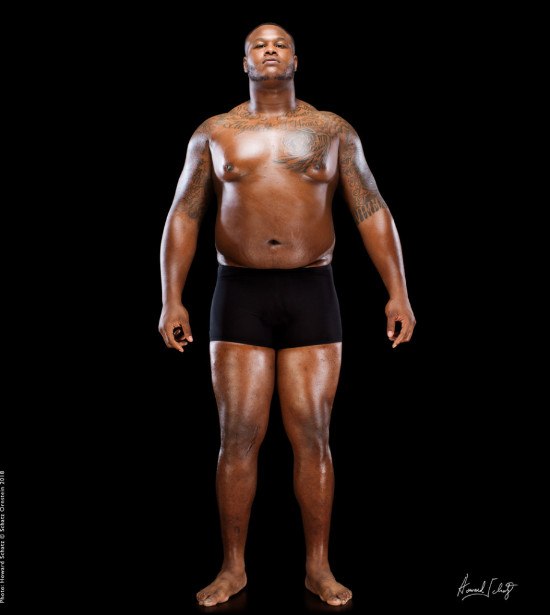 Second, images that demonstrate the specialized movements required for the player’s particular position. In Humphries’ case, these images took him from a three-point stance (before the center snaps the ball), to an up-and-ready to block defenders or create gaps for runners. To imply motion in still photos with this lineman, I combined images. 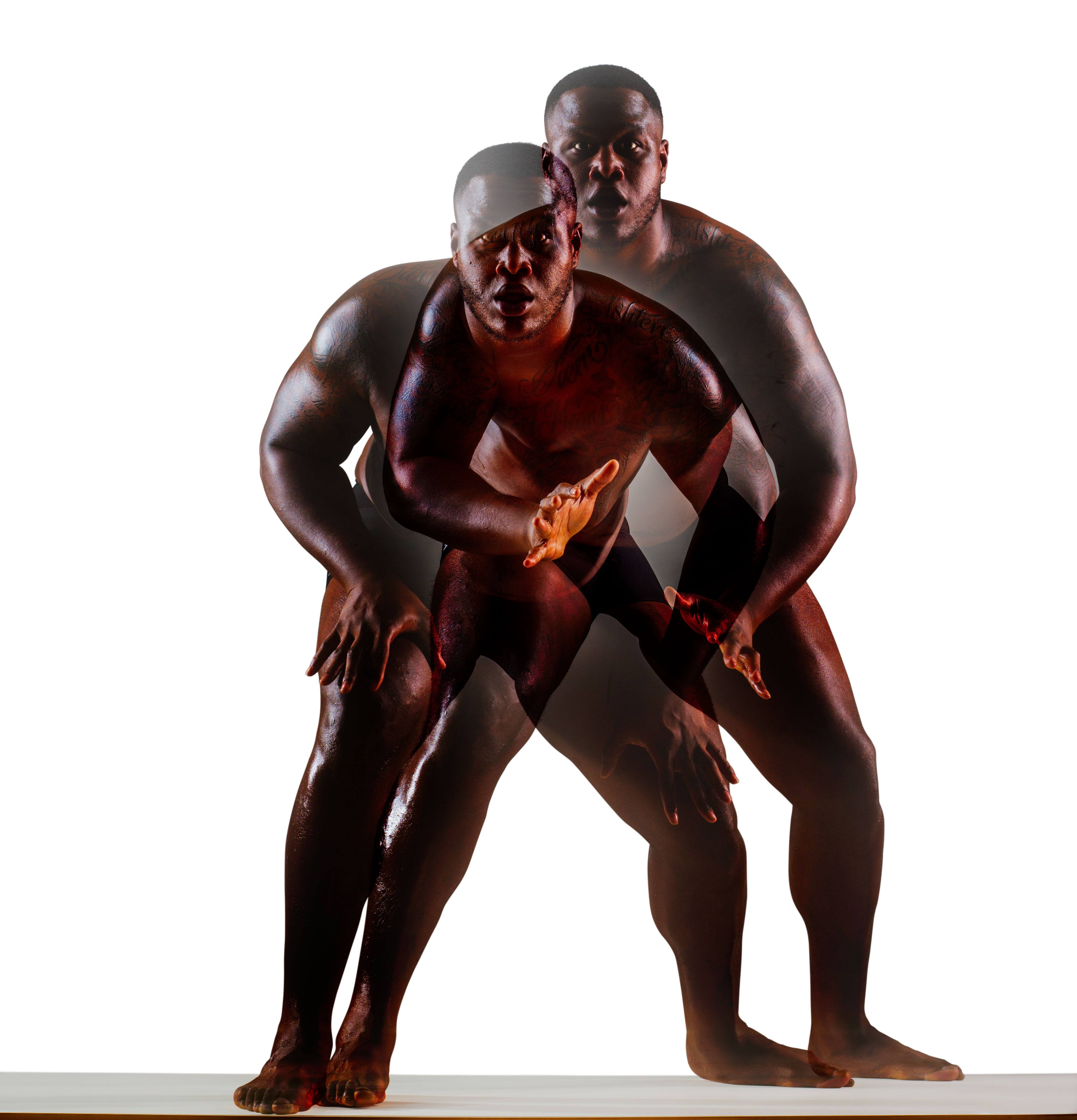 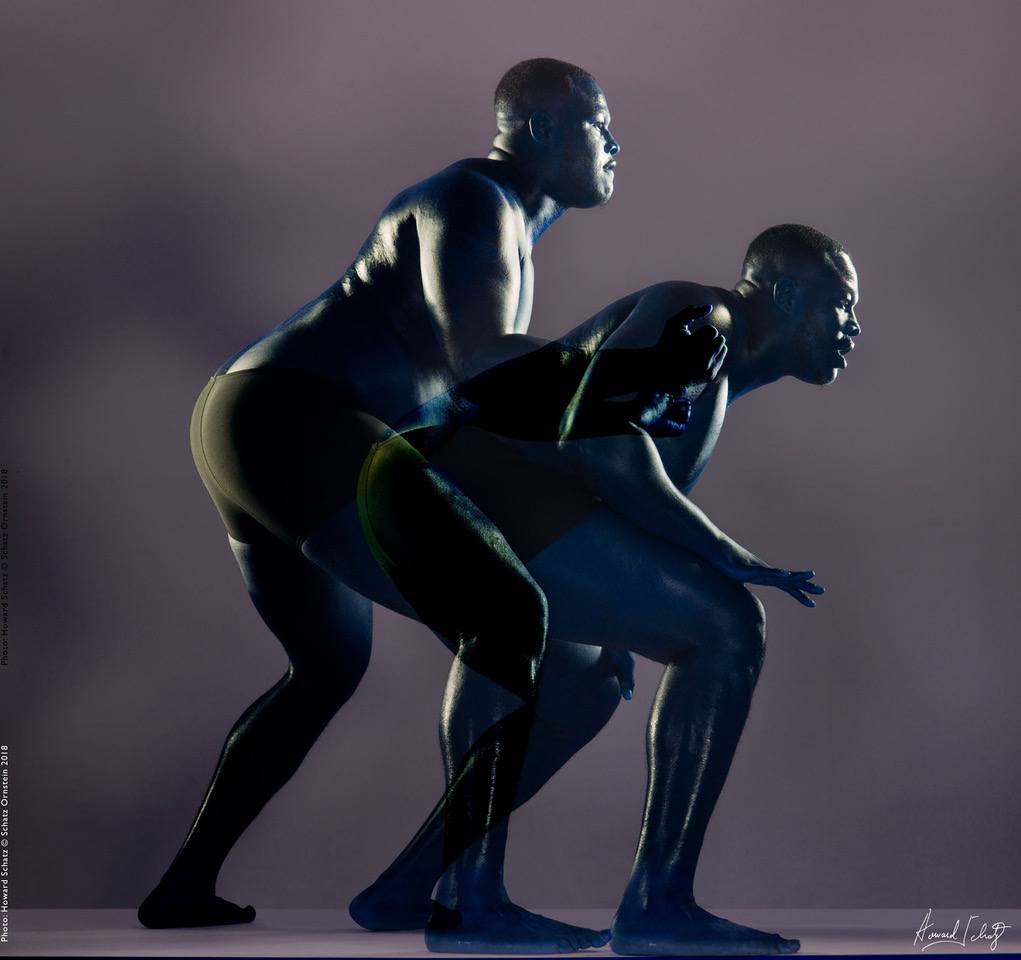 Opening holes for the running back. 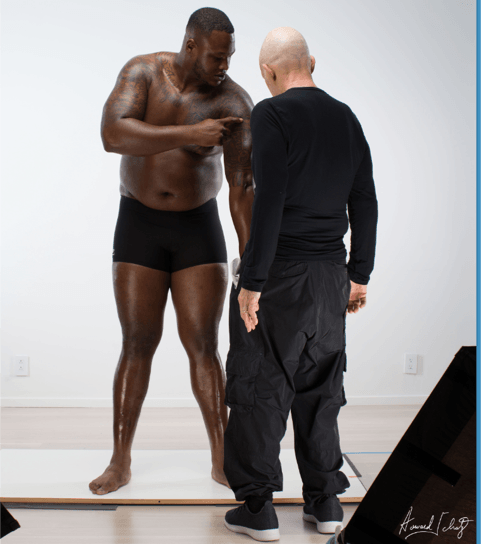 I studied his tattoos,

and then made this illustration of an illustrated man. 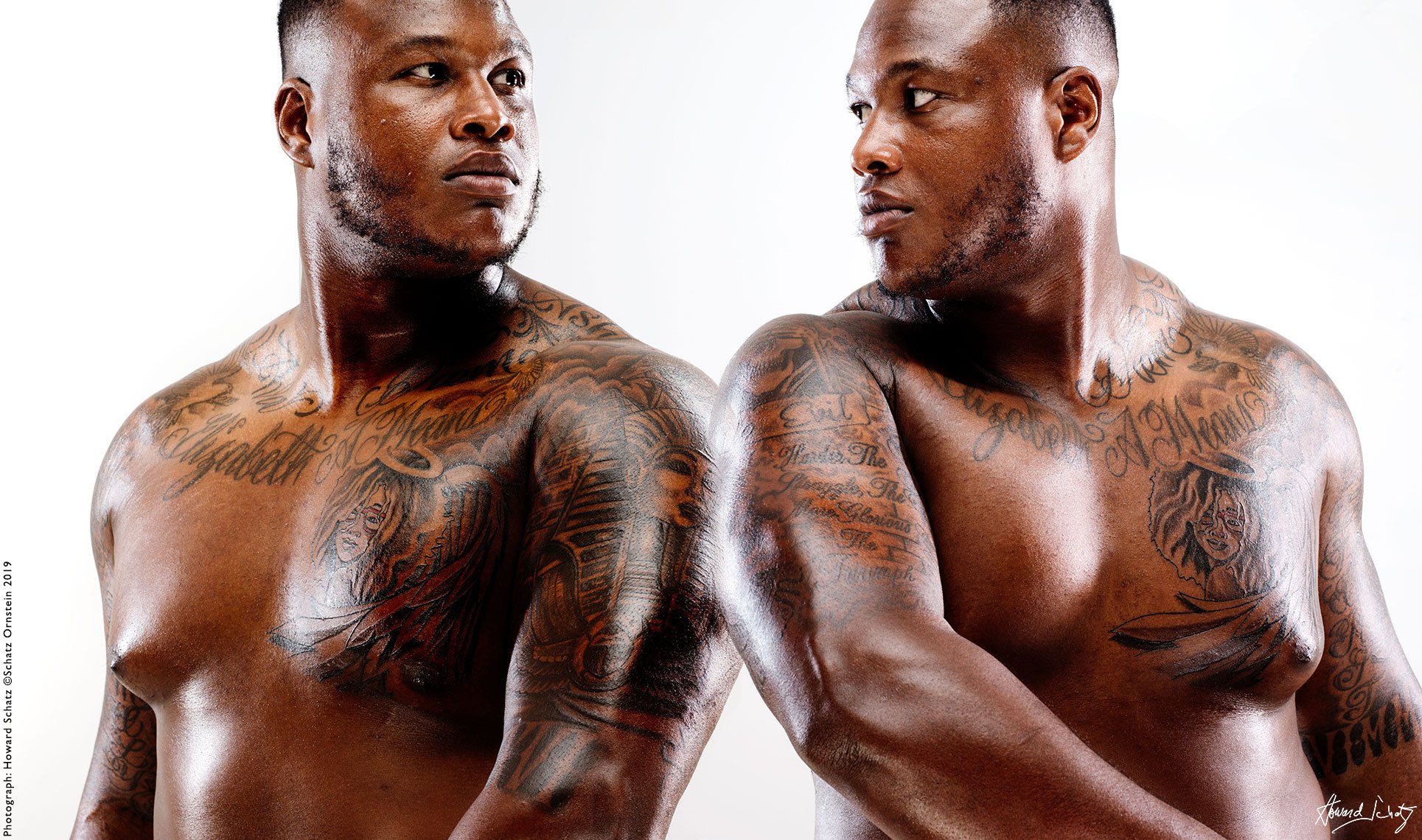 After creating a working relationship by discussing what I’m doing and what I’m hoping for, I spend some time creating a more formal portrait. 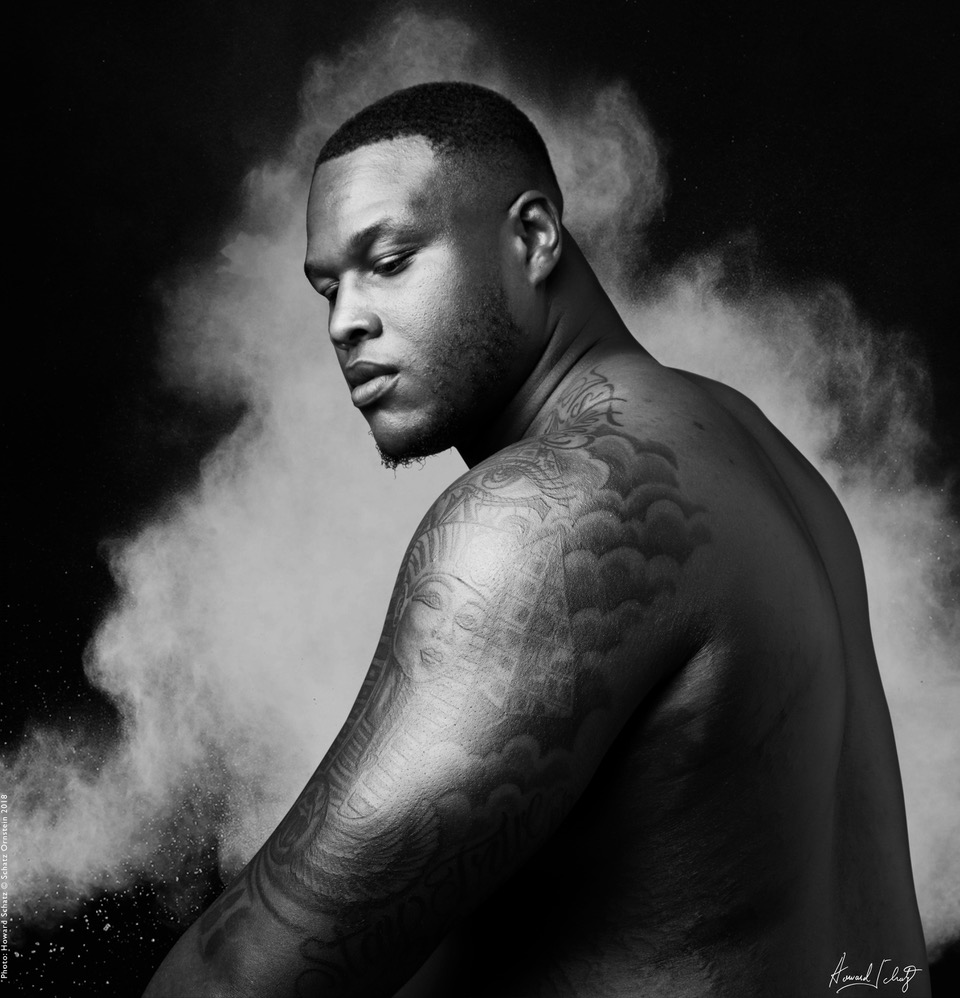 Communicating along the way——Showing him an image on an i-Pad that we just made. 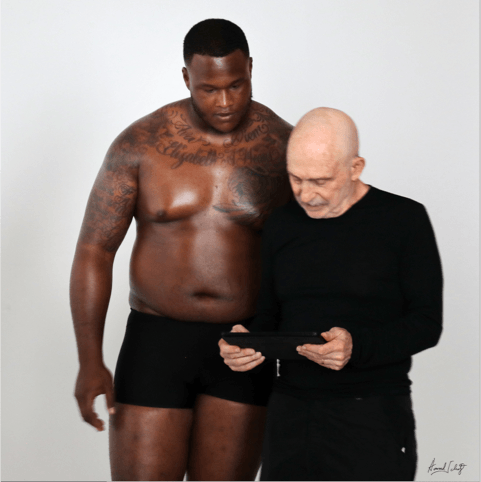 I also made a few portraits strictly for fun, pictures that he might want to share with his family. We might call these “Hey, Mom!” images. 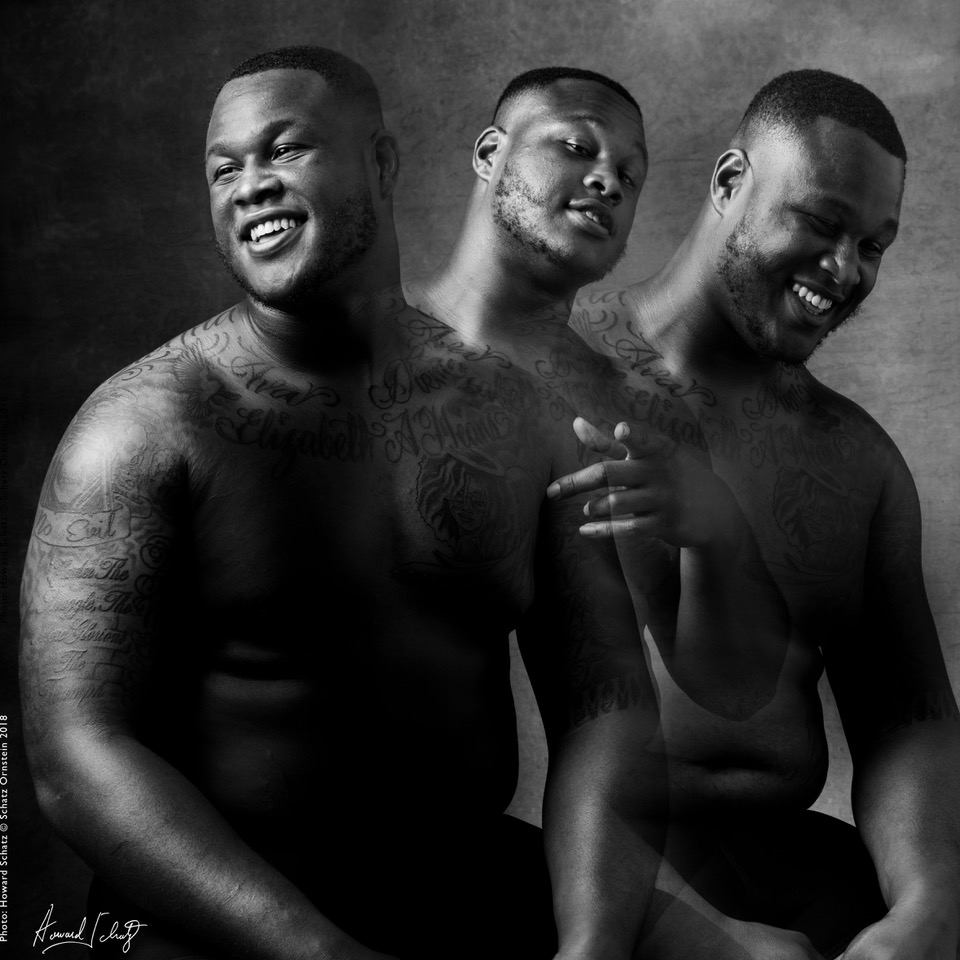 Humphries brought his girlfriend, Briyana Nichols, to the shoot. 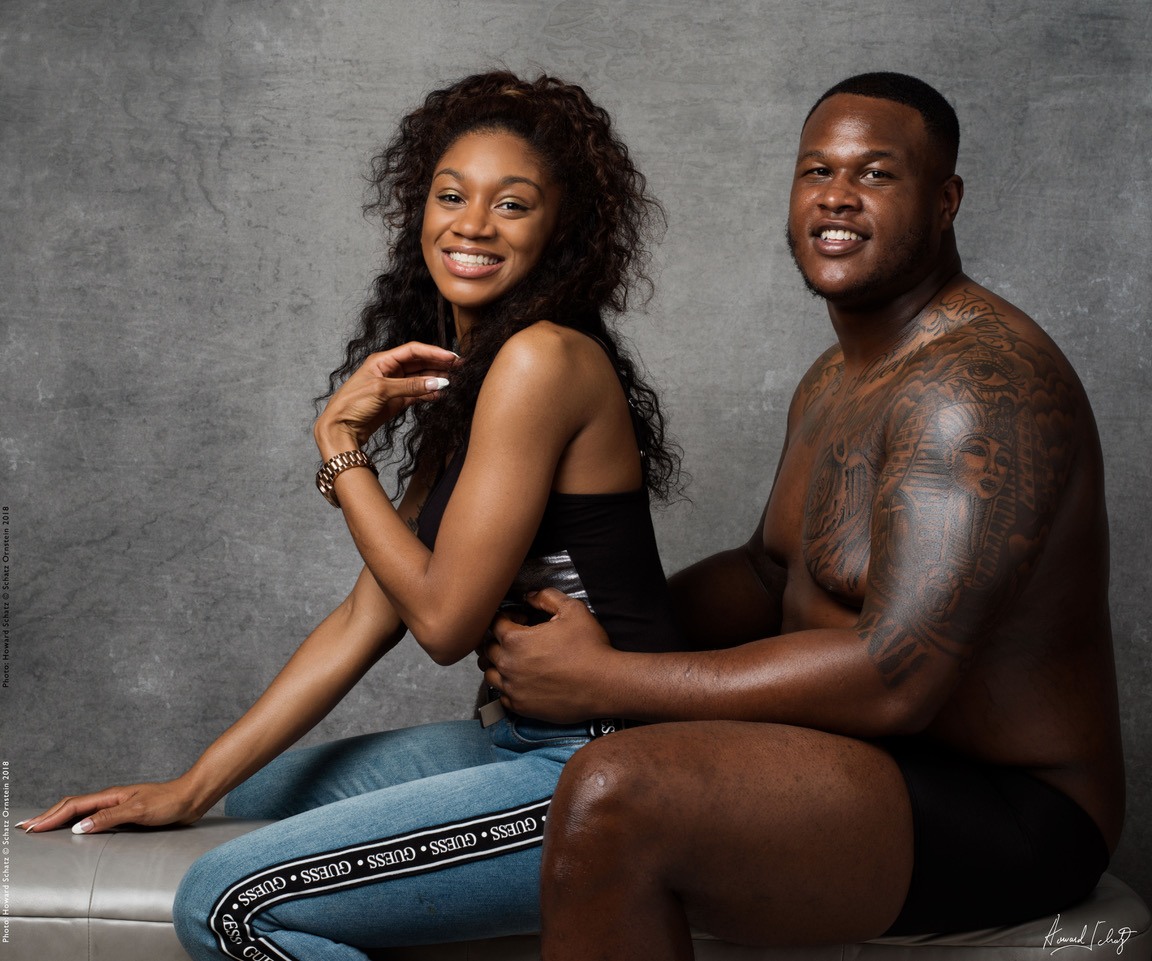