Allen Johnson, Olympic and Four-Time World Champion In The Hurdle

How did I create this image? 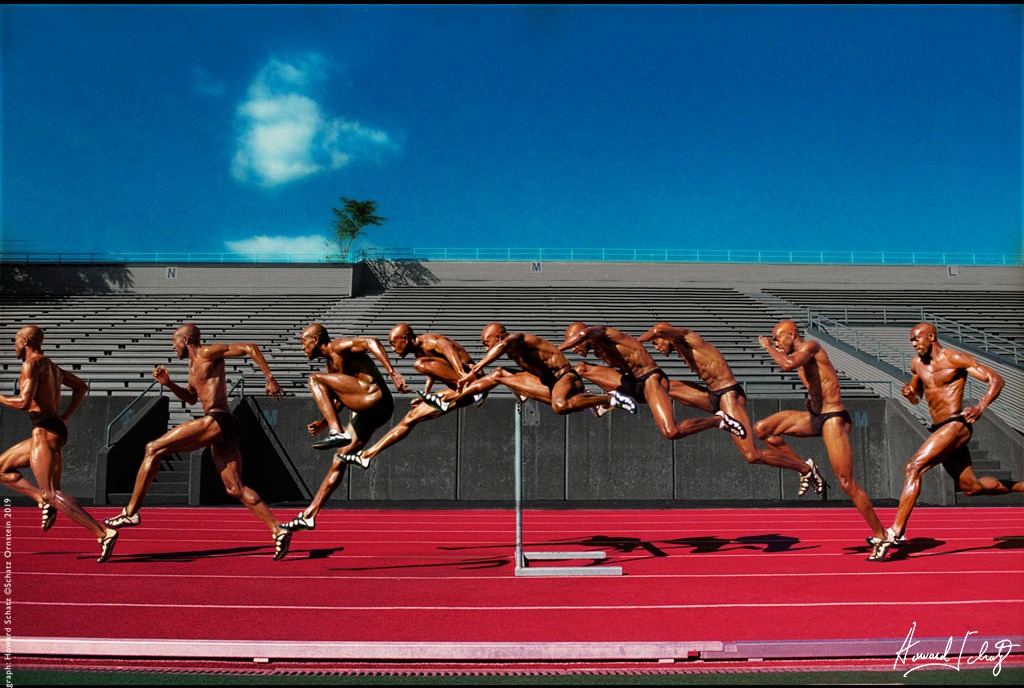 My current project photographing players in the National Football League grew out of my work for my book on athletes in many sports. As with my current work on NFL players, I have almost always found athletes interested in my ideas and willing to go out of their way to help with the projects.

For example, the great hurdler Allen Johnson drove up from his home in North Carolina to New York to work with me to make images dissecting the particular demands of hurdling events.

We met at Columbia University’s Kraft Field at the northern tip of Manhattan. This is where Columbia track teams train and compete, so there were hurdles available. After Johnson and I talked about his sport and what I was hoping to capture about it, we got to work. 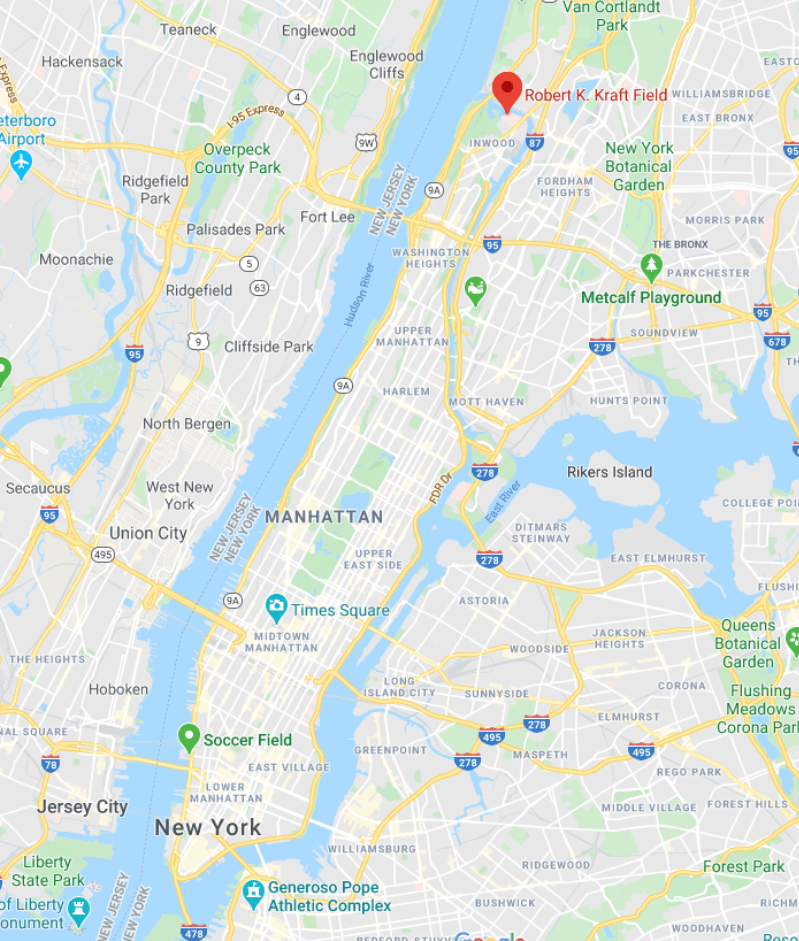 I set my tripod mounted camera exactly in line with a hurdle and asked him to run and leap.  He ran so fast that even with my 10 frames/second camera, I was only able to capture one or two images during one leap of a hurdle. Clearly it was necessary for him to repeat these runs and leaps multiple times if I were to compose an image like this.

This was easier said than done. When I asked him to repeat a run, his left foot took off from a different spot each time as did the right “landing” foot. I knew that a composition of such disparate pieces would not look “real.” What to do?

To create that rhythmic context, I set up three more hurdles out of the camera’s frame at regulation distances, two before the leap and one after. Then I asked Johnson to run this four-hurdle course as if he were in the final four hurdles of the most important race of his life.

Composing the image above was simply a matter of placing the pieces of an easy puzzle.

Once we completed that task, I sat right under a hurdle and asked him to run and jump over it. 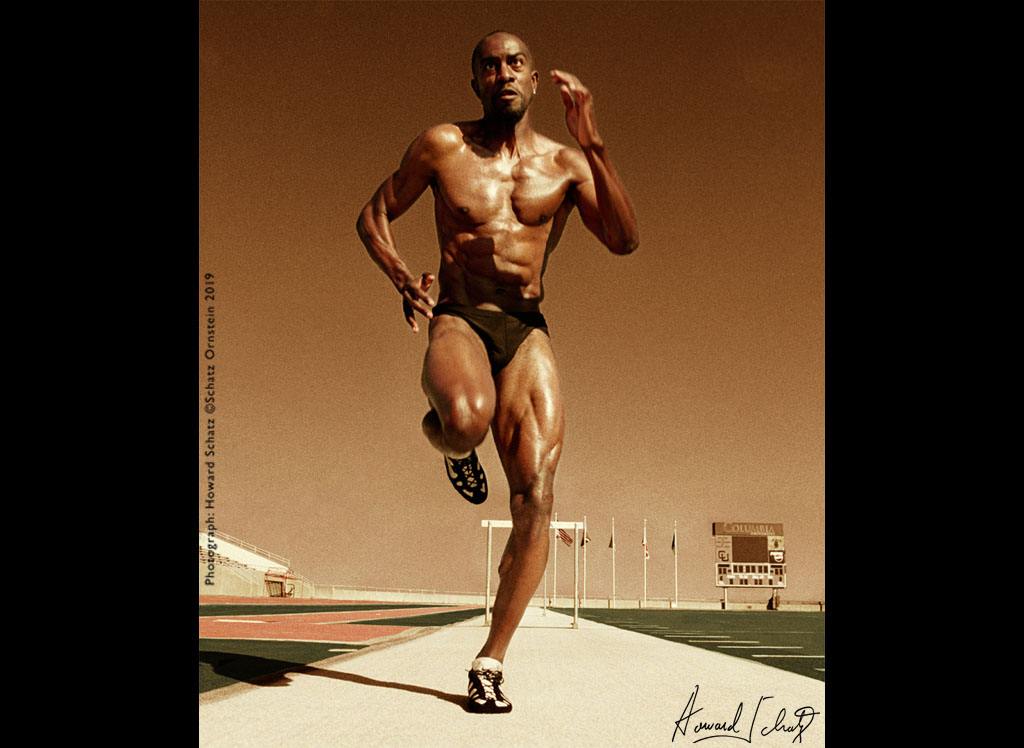 Given his ability to clear the hurdle, I wasn’t worried about being landed upon. I kept shooting and one tenth second after this image was made, the following one was captured. 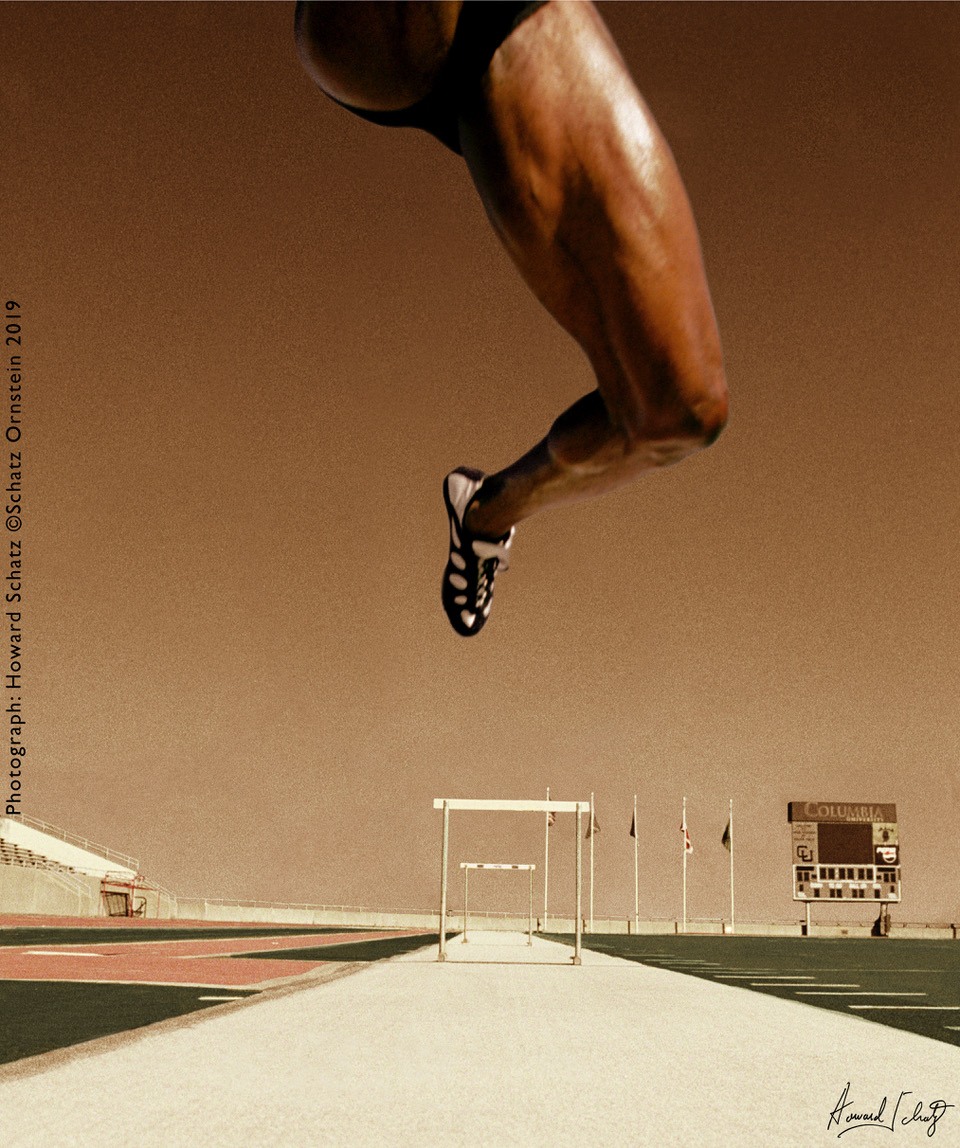 Throughout the rigorous action, Johnson was willing, more than able, and totally magnificent.

I then took close ups of the herculean hamstring, soleus and gastrocnemius, of the World Champion hurdler. 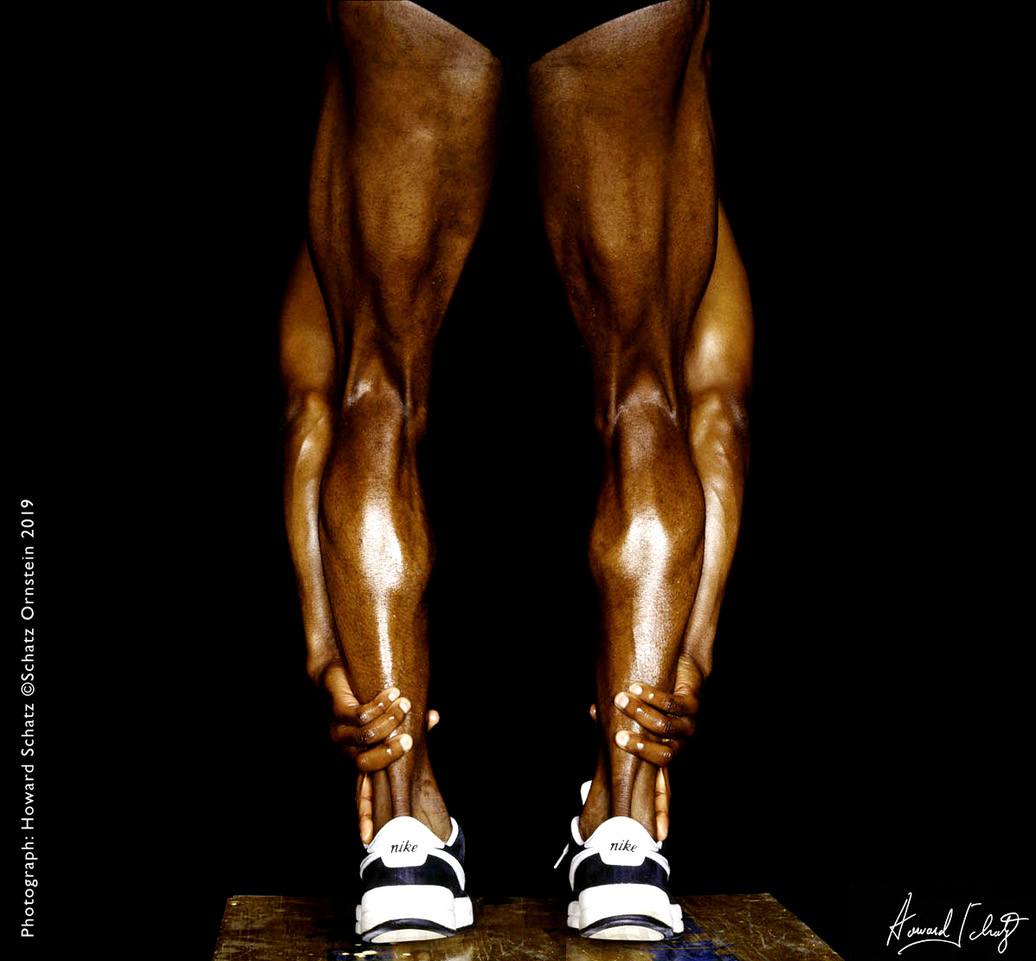 Then of the purpose-built shoes he uses. 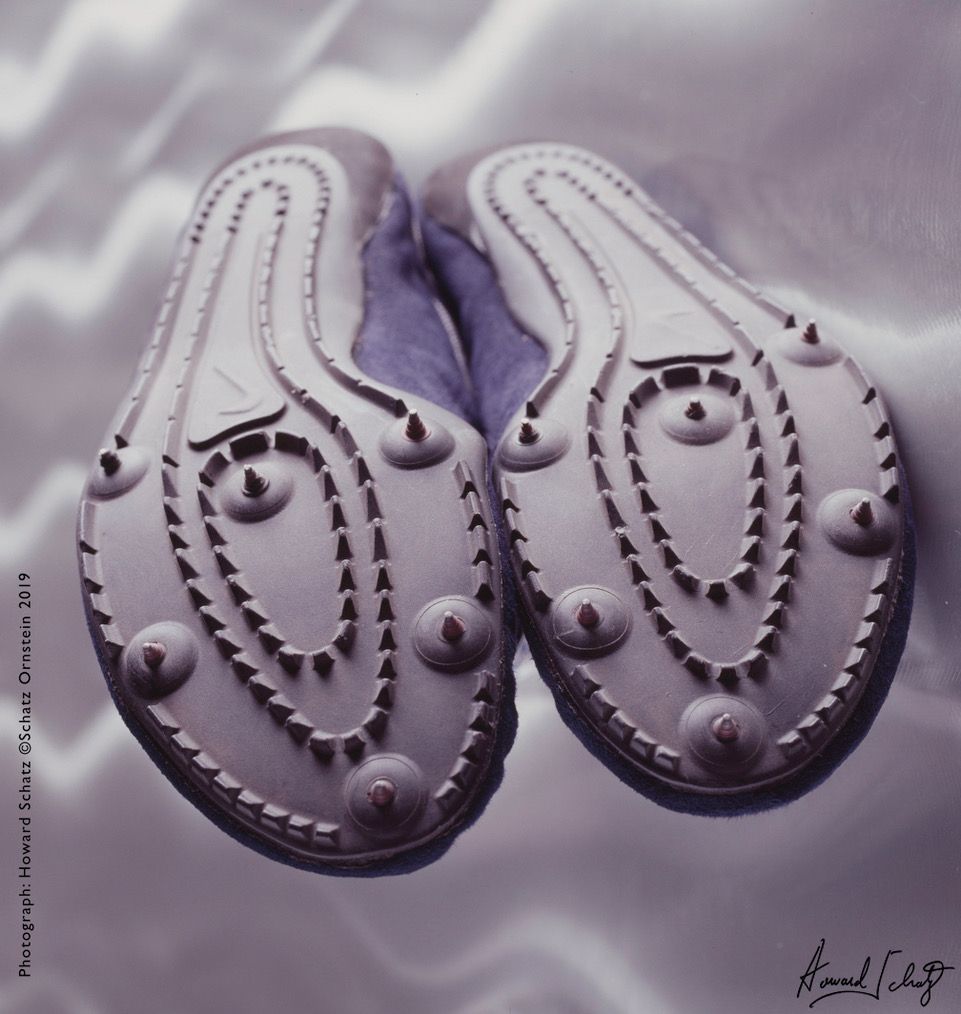 And finally, I did what I do with all the athletes I photograph: a classic portrait. 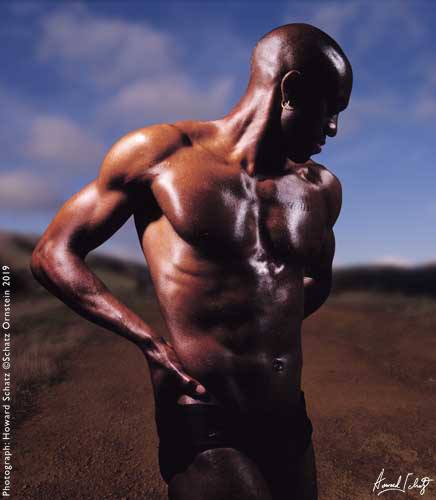 This work was featured in a number pf publications. 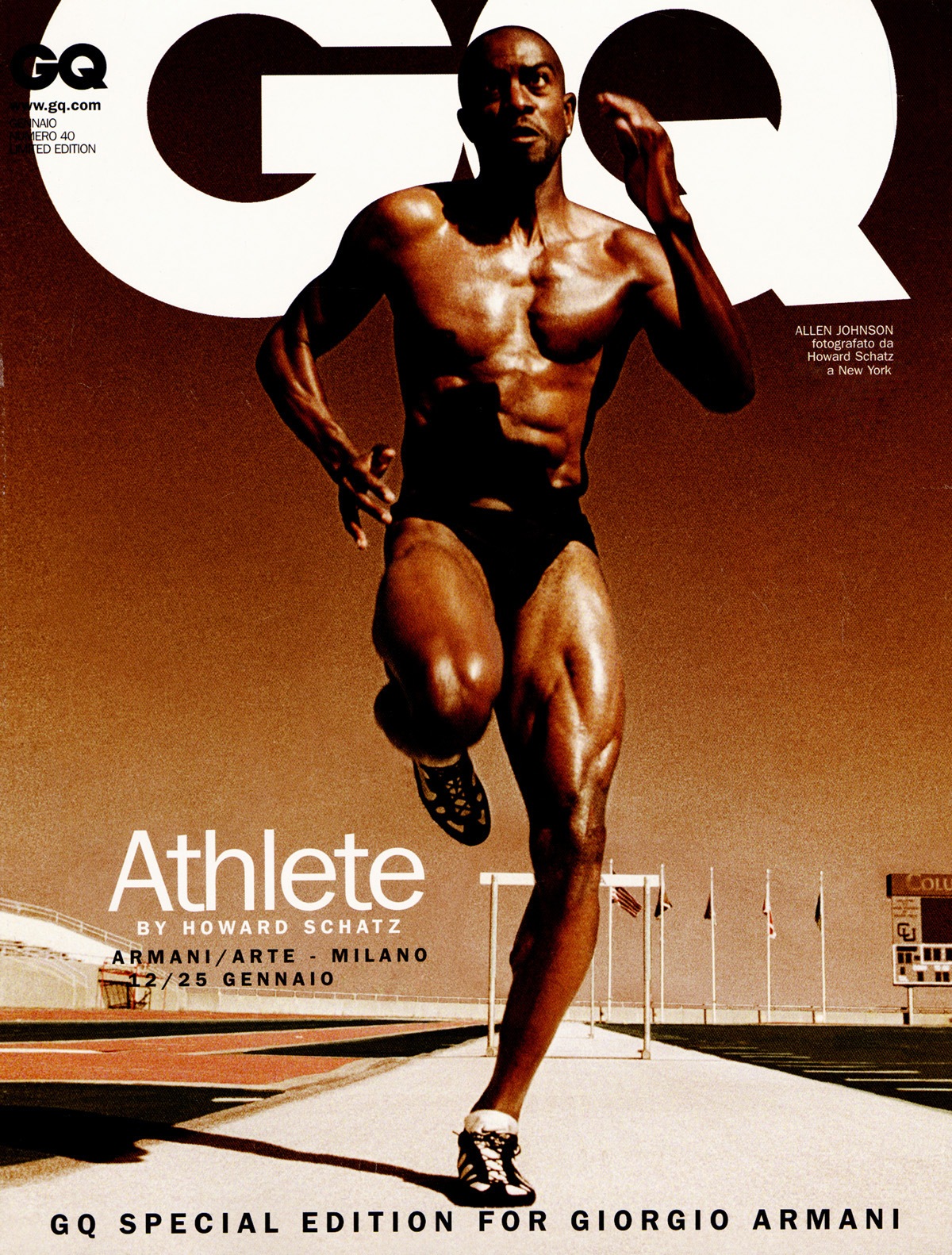