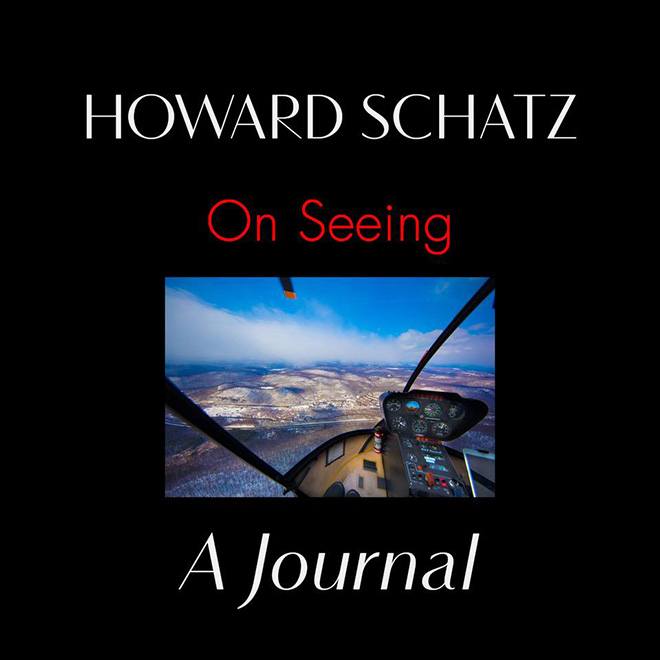 Snow From Above, Black and White

Intent is rarely achieved in reality in any creative process.  One imagines, preconceives and executes to fulfill a dream. However, a carefully thought out imaginary vision is elusive: almost always an entirely different result occurs. With persistence, patience, tenacity, savvy, and other virtuosities  as well as phenomenal luck—gifts from the creative gods— the completed “work” will hopefully baffle, surprise and delight the originator.  This does not happen very frequently but often enough to keep me at it, endlessly searching for that “feeling” of euphoric astonishment. 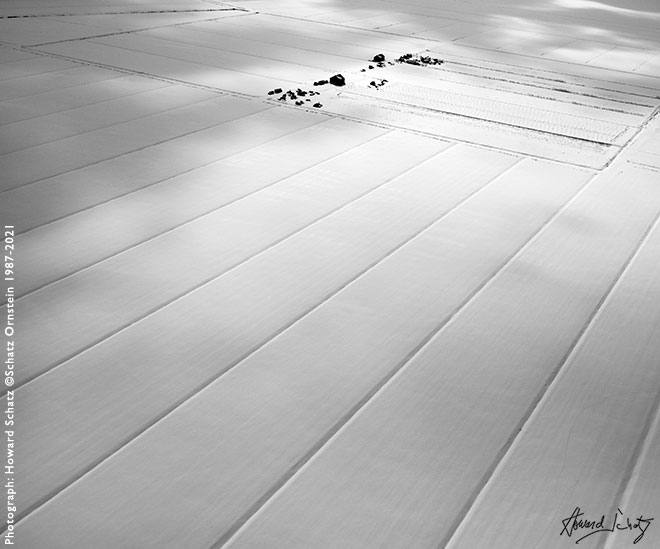 I had a dream: I imagined viewing from the sky large swaths of farmland covered thickly by a recent and significant snow graphically and artistically illustrated and enhanced by dark lines and curves created by fences, streams, roads, tracks, rows of trees, etc.

And so, following a few days of major snowfall on New York, February, 2021, I boarded a helicopter with the door on my side removed so that I could make photographs in an attempt to fulfill my aspiration. 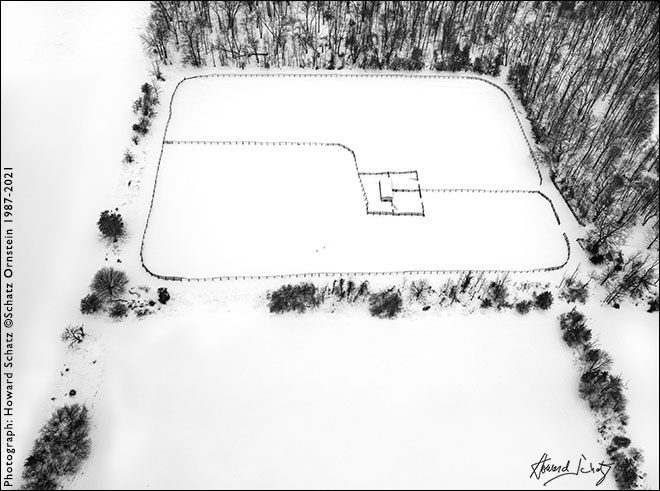 I learned some unexpected lessons.  I brought along two cameras and soon after becoming airborne, with cold fingers covered only lightly with thin cotton gloves (in order to operate my cameras), I inadvertently loosened the lens on one and dropped it out the opened doorway onto a frozen lake below!
And then, the landscape I encountered was not what I had initially envisioned or imagined.  Because I usually work in the studio and am in control,  I can change a lens, lighting and backdrop, gently direct a dancer, athlete or subject to alter their pose, and make limitless adjustments in the creative seeking of magic. These were not possible from the air; the pilot, with expert skill was able to steer and position the helicopter according to my requests, but image making was limited by the features of the lands below, the light provided by the hour of the day and cloud cover, and, oh, a single camera with a zoom lens. 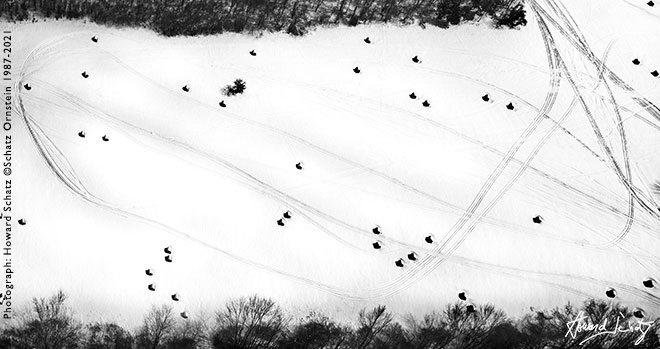 I made many exposures and found two world’s worth exploring, one in black and white the other color. These are a few of the black and white images I managed to glean from what was a captivating and enthralling experience. 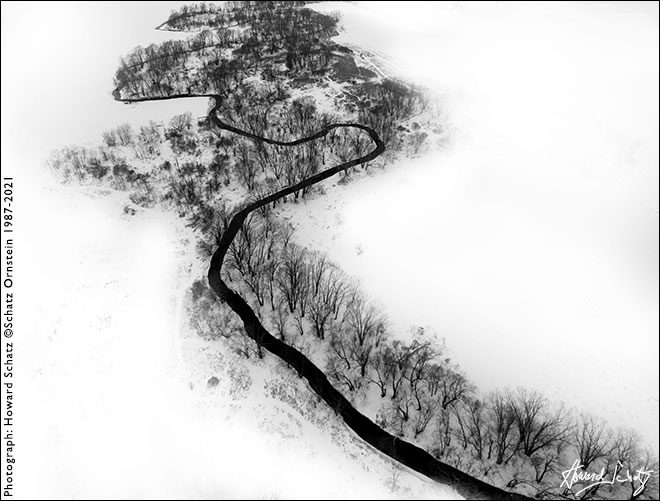 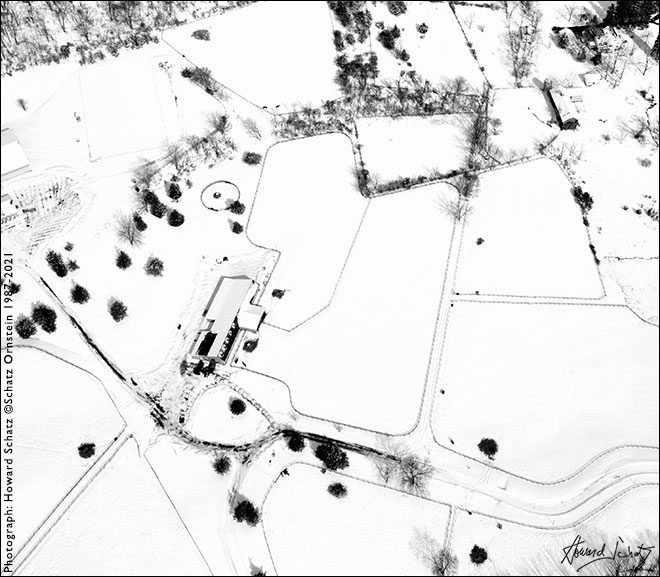 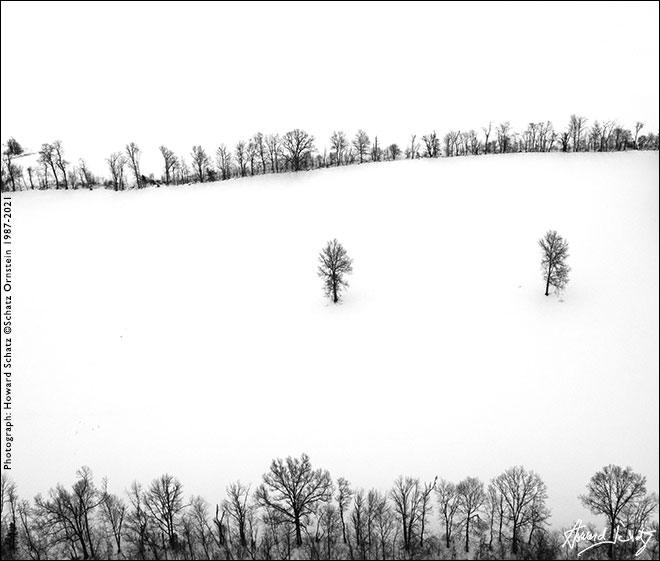 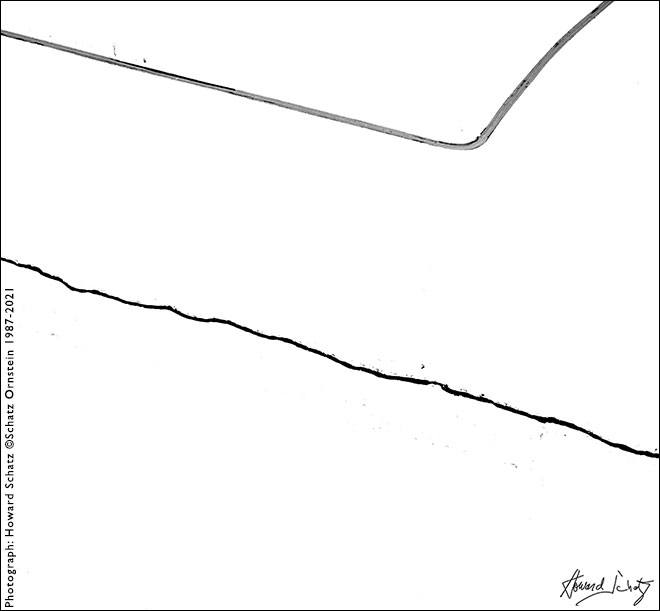 In addition to farms, there were other dramatic scenes I hadn’t previously considered.
Roads through deciduous forests 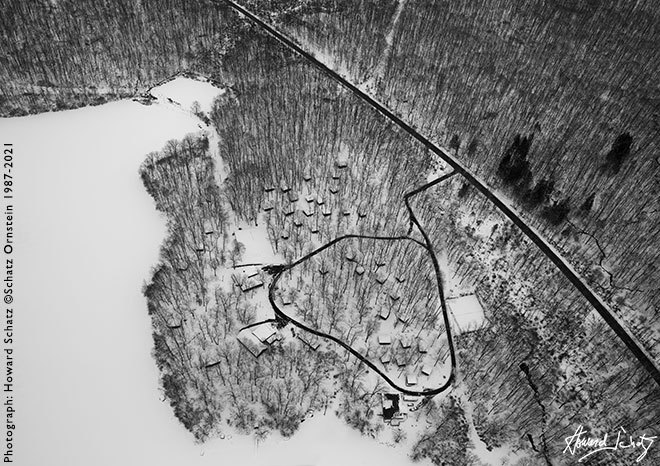 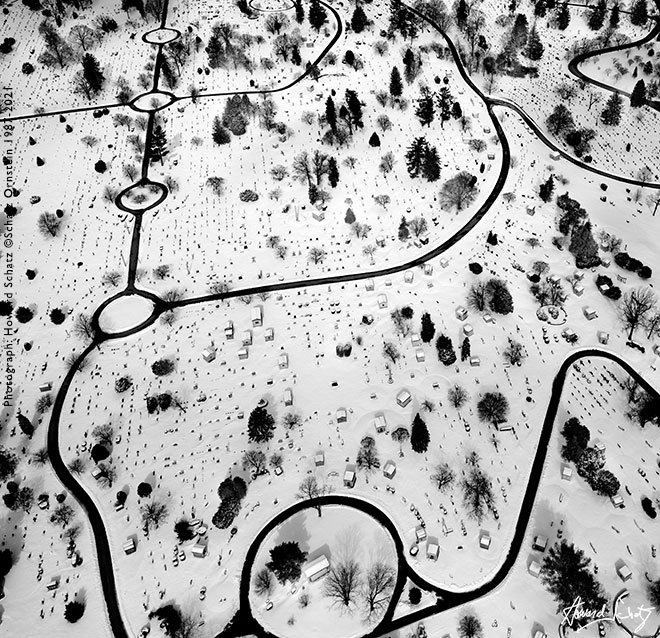 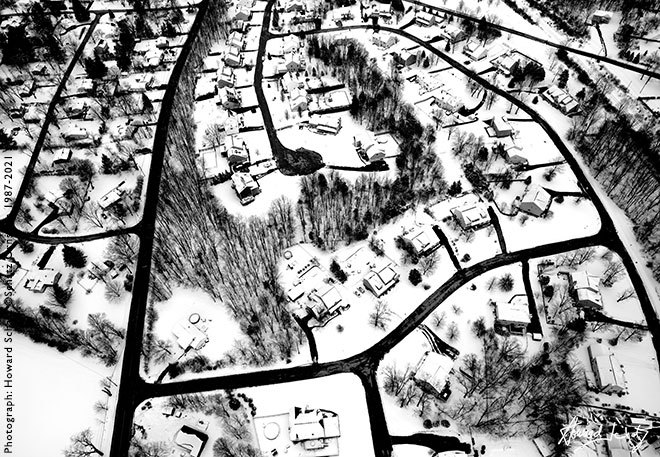 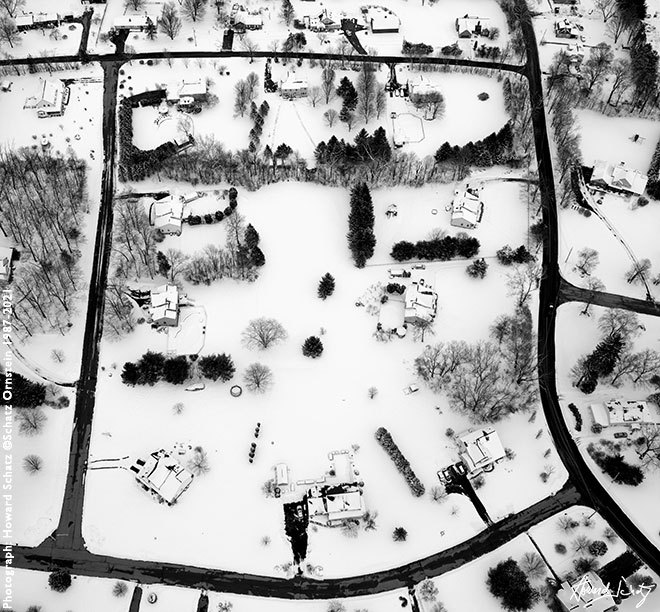 Although these photographs are perhaps “passable,” there’s a familiar lesson here, one that I know well: nothing truly wonderful comes easily. With just about every one of my previous experiences, images made in the early stages are often like rough drafts, indicators, hints and clues pointing the way toward the possibilities of wonder. In order to create truly spectacular images I would certainly need to return to the sky many, many times, seeking out a wide variety of landscapes, at many various times during the day, in sun and shade and over multiple winters. One needs to throw many darts in order to hit a bull’s eye.
Tomorrow: color.
For those interested, these are just a few of the many highly-experienced and skilled photographers who make images from the sky, and who continually inspire:
Jeffrey Milstein
George Steinmetz
Bernhard Edmaier
Yann Arthus-Bertrand
Dirk Dallas
Subscribe to Our Weekly Journal
All images Copyright Howard Schatz & Beverly Ornstein 1987-2022