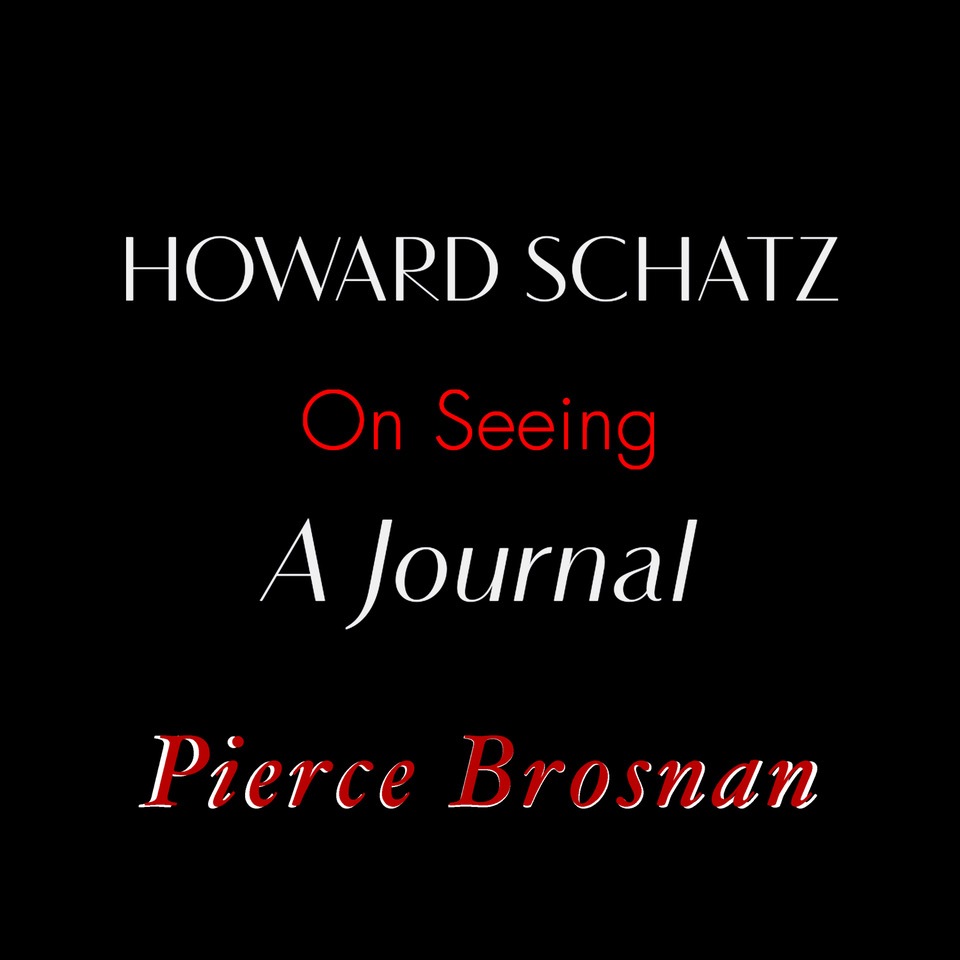 Pierce Brosnan, Irish actor, film producer, environmental activist, and one of the most accomplished and popular actors of our time, has starred in or produced over 100 films. He has played the lead in four James Bond films from 1995 to 2002.   Brosnan,  “Acting allows me to explore new worlds, to develop my craft, to create characters by delving into their lives, and ultimately to become someone else entirely.”In addition to his stellar film career, Brosnan along with his wife Keely Shaye have been drawn into a passionate leadership role in environmental issues and are actively involved with conservation organizations that support marine mammal protection. The Jane Goodall Institute, Natural Resources Defense Council, Oceana, Environmental Media Association, Earth Communications Office, Heal the Bay, Women in Film, In Defense of Animals and Peace Over Violence. 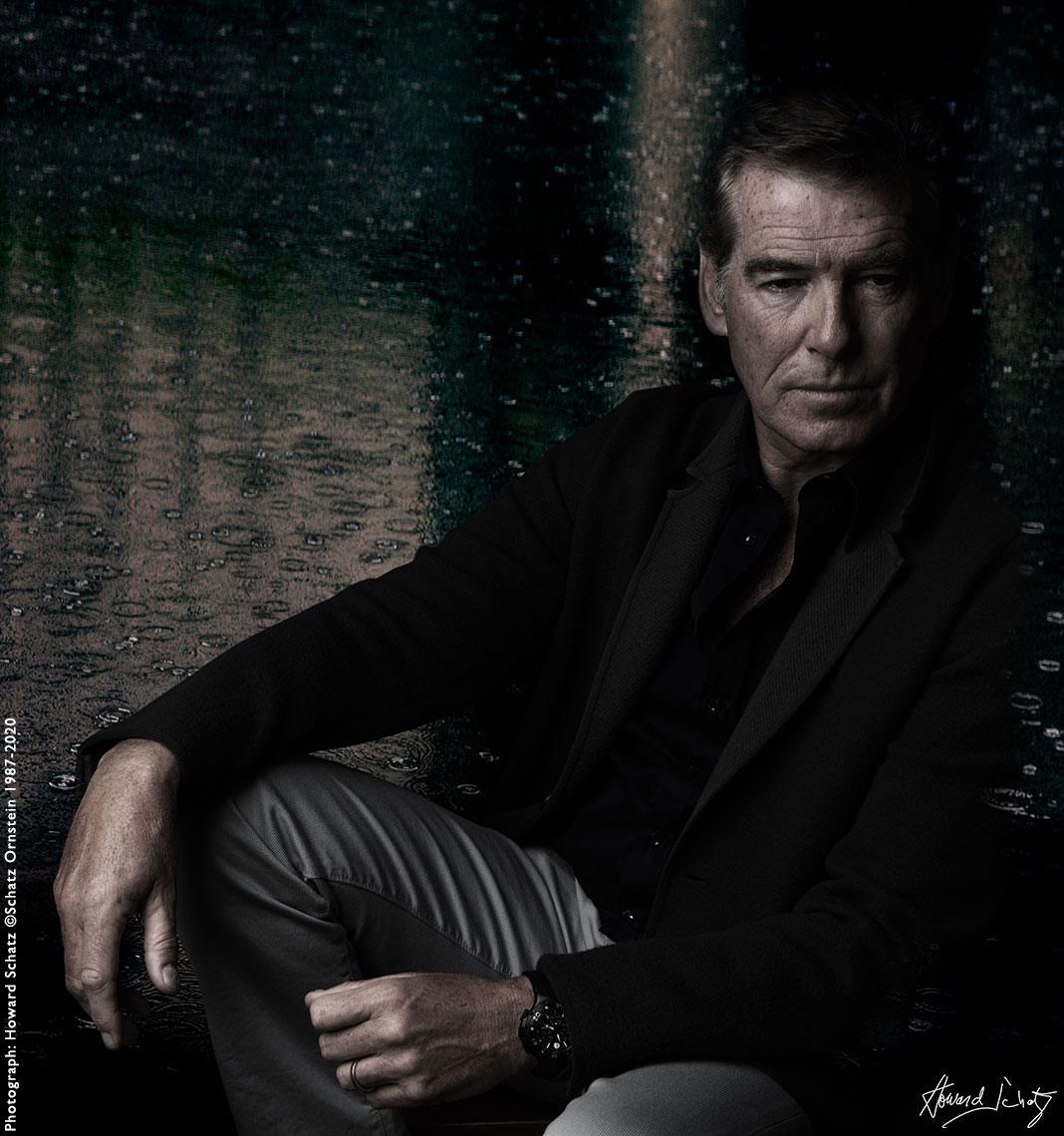 We worked together at his home in Malibu California for my book project “CAUGHT IN THE ACT” published by Glitterati, with coauthors Owen Edwards and Beverly Ornstein. I made portraits and interviewed him about his work in addition to directing him in some improvisational “characters”.  Video of the interview and “Characters” improv (2 minutes, 31 seconds).Five of the “Characters” I had suggested: 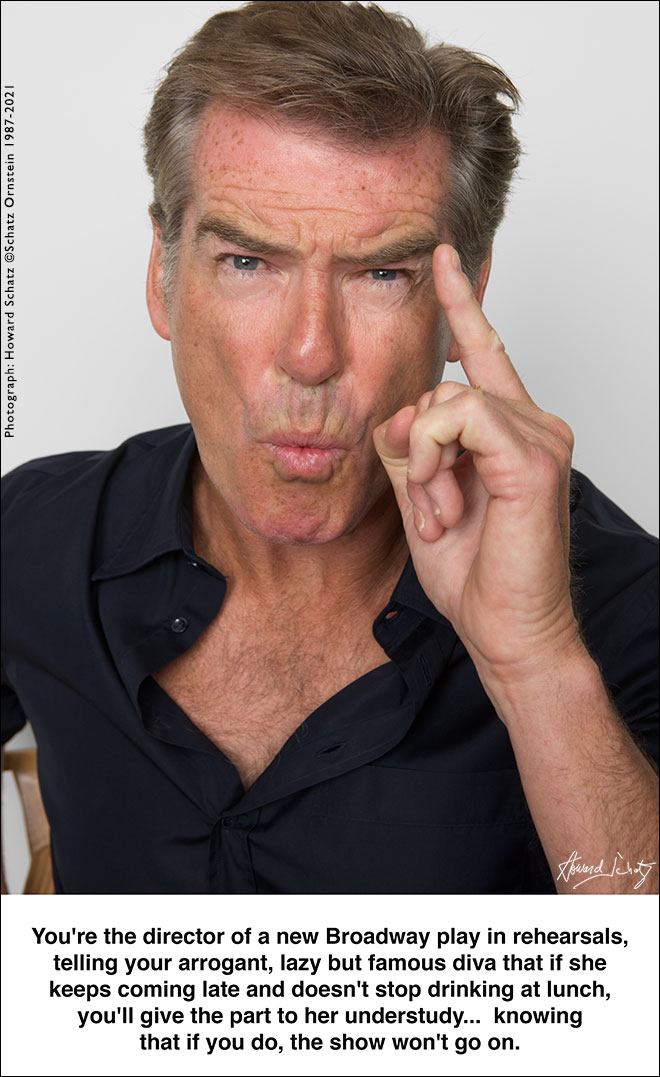 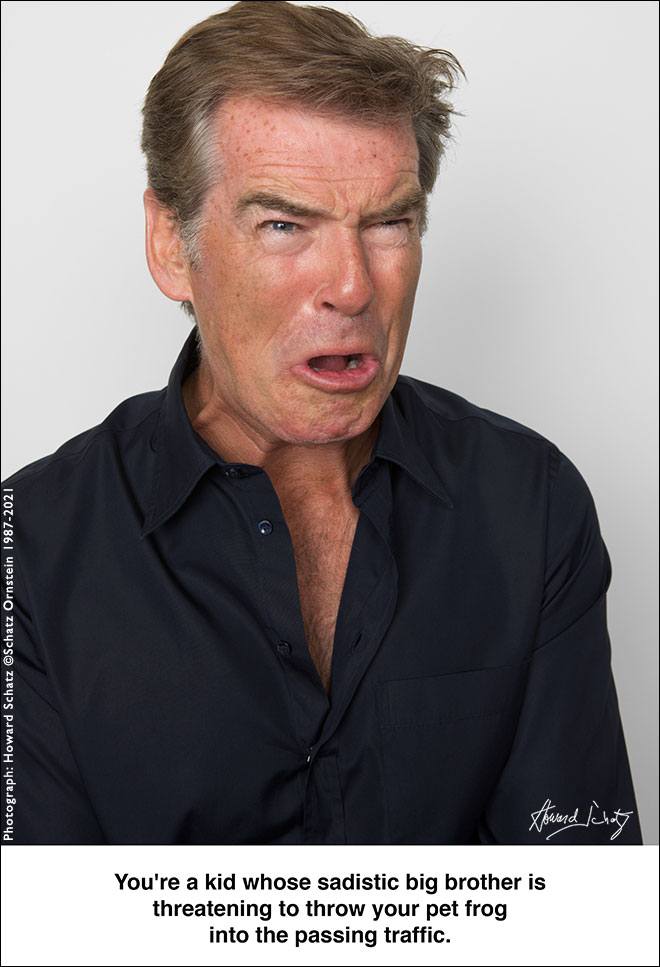 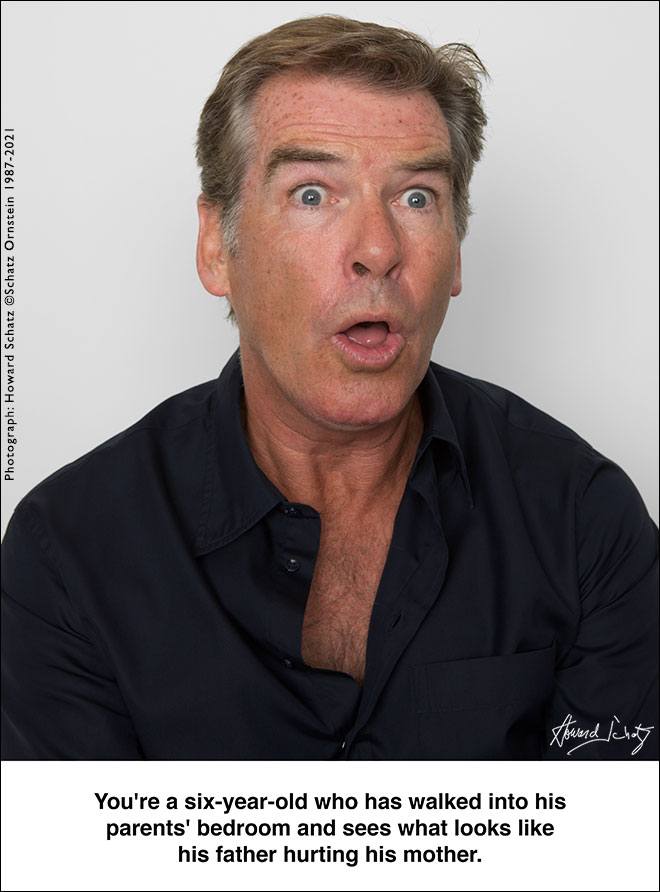 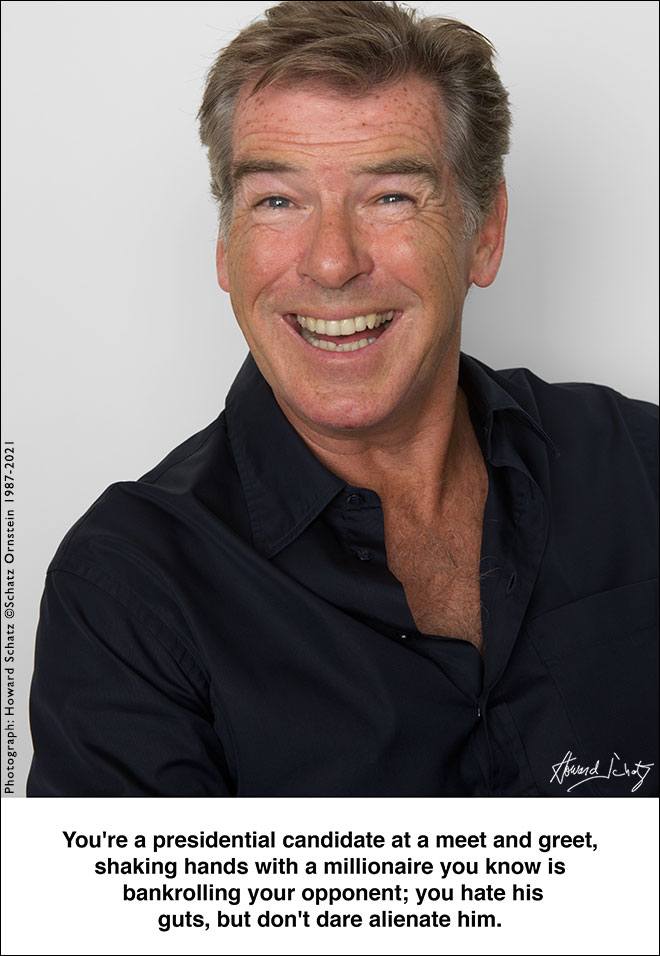 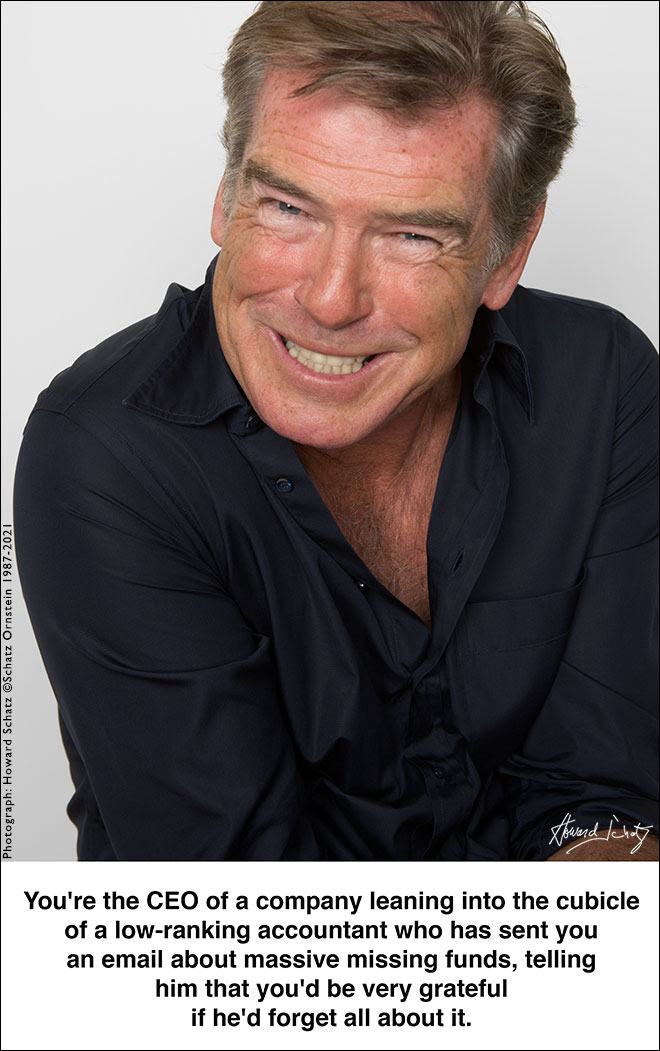 Thanks for this wonderful work, Pierce; best of luck.