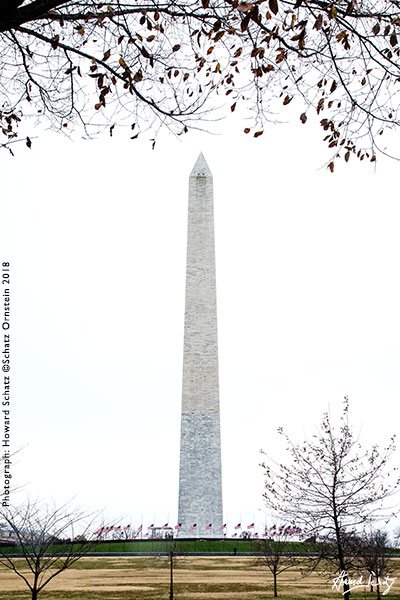 Beverly and I made a trip to Washington D.C. a few months ago.

We planned thoroughly, getting passes to the Capitol and to observe the Senate and the House of Representatives. We had our travel tickets (Acela from NYC), hotel reservations; all was set, and off we went.

Our trip coincided with the week of the formal memorial for George Herbert Walker Bush, #41, who had died the previous week. 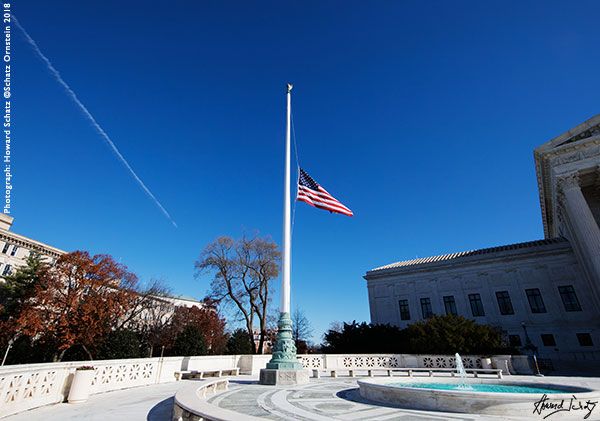 At the Supreme Court.
With flags at half mast many of the Government buildings were closed. Too bad and what to do?

Fortunately, many of the other buildings, such as the 11 museums of the Smithsonian in Washington D.C, the Memorials  (Lincoln, Vietnam, Jefferson et. al) and the Library of Congress, were open and accessible. We walked and explored.

We spent a good deal of time in the Library of Congress, for me, one of the most beautiful buildings in the world. I had brought my camera, and a few perfect lenses, well-prepared: 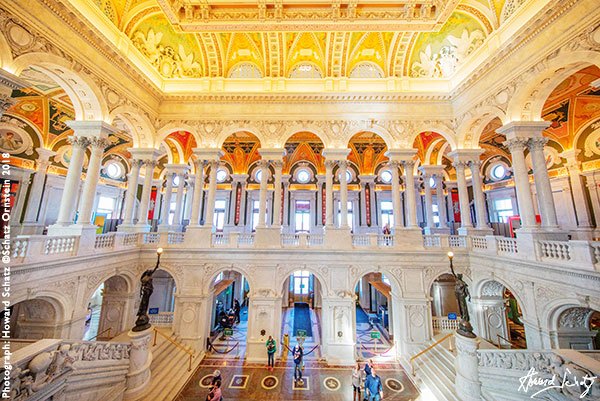 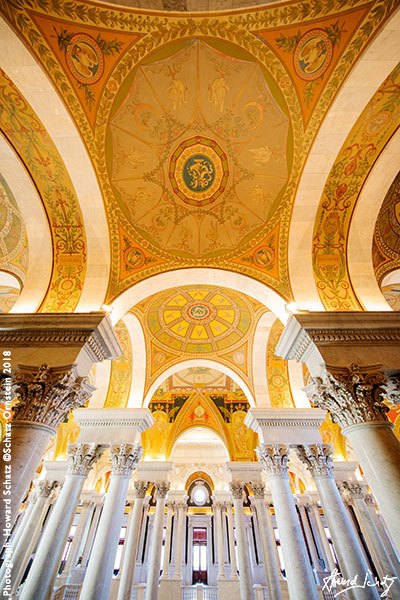 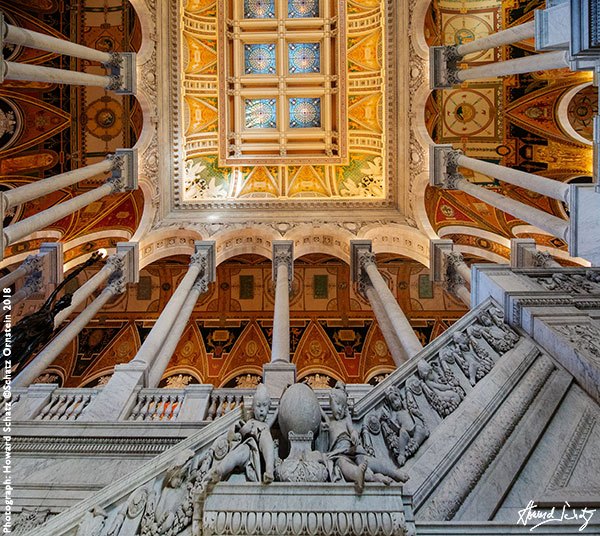 A general rule when walking with a camera is to frequently turn around and look behind. Carrying that a step further, when inside a building or enclosure of any sort, one ought look up.

So many of the ceilings in Washington D.C. are stupendous, incredibly breathtaking, evoking the overhead splendors one sees in Italy and especially France where inspirations evolved for much of our capitol’s architecture.

The Library of Congress is a visual dream, outside, inside, and certainly straight up.

Doing my most careful and compulsive best, positioning myself in an exact centralized location, and bending backwards to achieve a perfect perpendicular upwards, I made photographs of some of the building’s colossal ceilings. (It would have been easier to lie flat on the floor and shoot straight up, but security was ever-present.)

Here are a few of the wonders that are the ceilings of this magnificent structure: 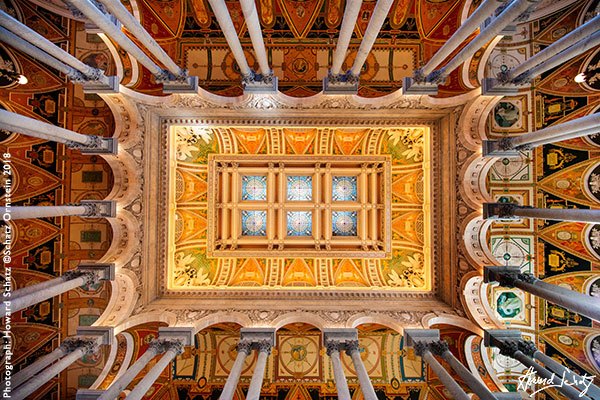 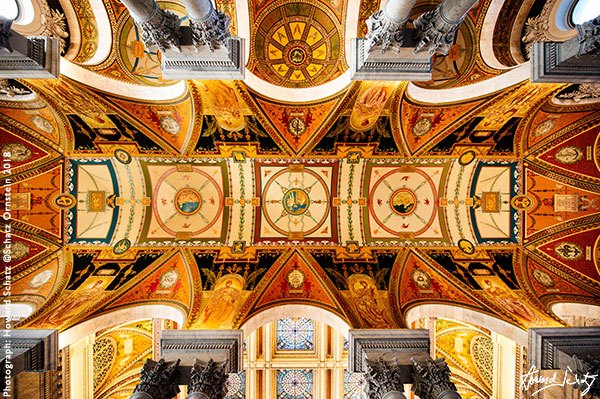 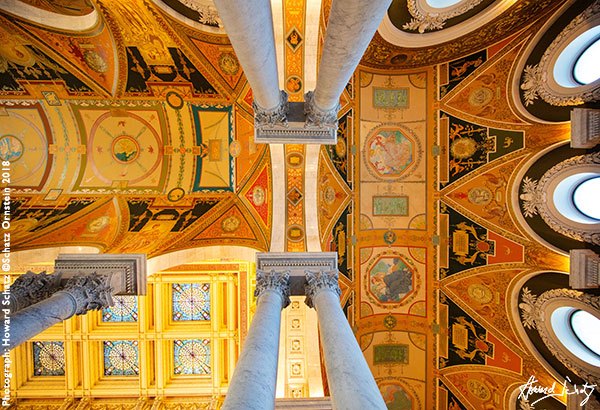 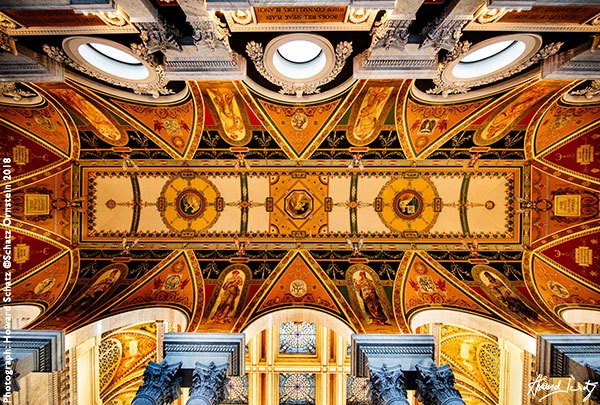 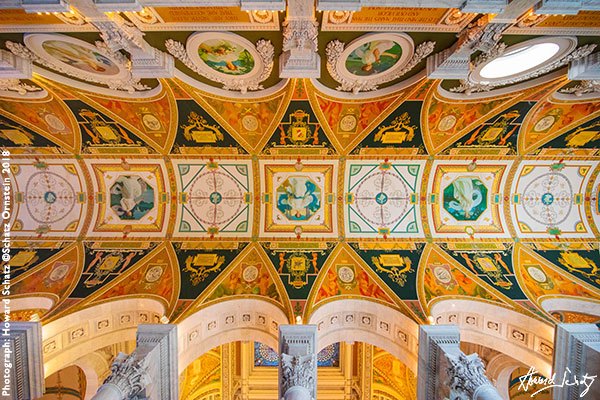 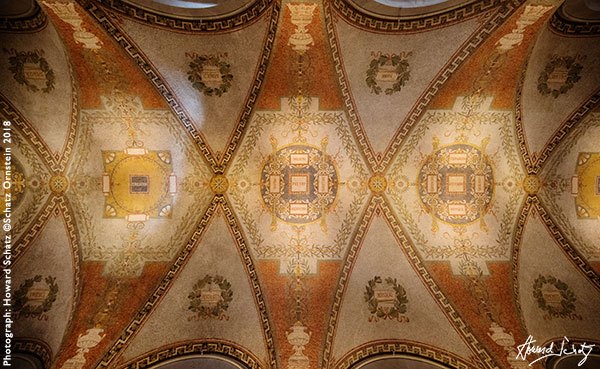 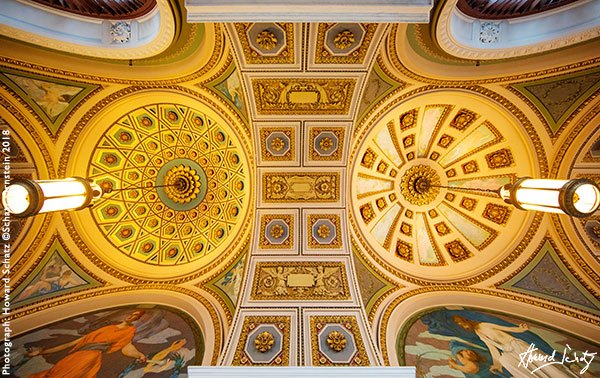 Seven ceilings in The Library of Congress.

I plan another weekly Journal to highlight other visual wonders of our nation’s capitol, soon.