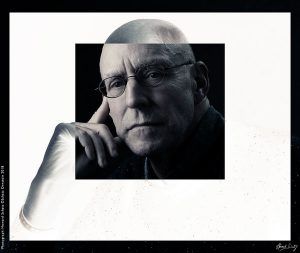 There is no shortage of food writers in America. Just about every magazine and newspaper, however local, has someone critiquing restaurants or reviewing cookbooks. But Michael Pollan is above and beyond that crowd in every way. A combination of anthropologist, philosopher, and attentive eater, he looks at what we eat, how we eat, and deciphers the meaning of our food.

Pollan is a Professor of Journalism and Non-Fiction Writing at both Harvard and the University of California at Berkeley. He is the author of nine books, including The Botany of Desire, The Omnivore’s Dilemma, and In Defense of Food, as well as many essays for The New York Times and The New Yorker.

As part of my ongoing Above and Beyond project that singles out the best and brightest of our time, I invited Pollan to the studio for portraiture and interview.

HS: You’ve said that we should think about what we eat. But hunger can preclude thinking, and there are many temptations.

So it’s something of a top shelf problem to be able to worry about what you’re going to eat. In terms of temptations, yes, they exist, and there are many, many reasons we eat. One is pleasure, one is satisfying temptations, and there’s nothing wrong with that, I think. It’s just really a question of recognizing what’s your default. There’s what I call special-occasion food. I love pizza, I love ice cream, and there’s a place for that in anybody’s diet. I think it’s really just being conscious of what you’re eating.

HS: With modern apartment design and architecture, the kitchen is an accessory or adjacent to the living room. You’re passing by the refrigerator and the pantry frequently.

MP: All the time. Yes. Well, there’s a positive and a negative to that. I think it’s great we’re not hiding kitchens in the back. That was when we had servants who did the cooking for us, and the kitchen was a long way from where you ate. The fact that people like to be around the preparation of food I don’t think is a bad thing.

One of the problems with cooking is it’s not social enough. It’s become very isolating. I think one of the reasons that women in particular rebelled against cooking is that it was a very lonely pursuit. So, to the extent you get more people in the kitchen and more people helping, it’s a positive for everybody. And it whets the appetite also.

HS: Just to carry on with the idea of hunger and thoughtless eating, what’s the human proclivity and addiction for sugar?

MP: Sugar in nature is a very precious and rare thing. What do you have? You’ve got honey, which you can get but at great risk.

MP: Yes, fruits have sugar. Sugar cane is very unusual. It developed over many years. It was a grass that happened to have a lot of sugar in it. But you have to work really hard for sweet in nature, and it’s one of the many ways in which our ingenuity as a species has tripped us up. We figured out how to make sugar really cheap. Something that was absolutely precious. When cane sugar was developed on plantations that were dependent on slaves, you had a trade in this precious commodity beginning in the 1700s. And suddenly everybody could afford sugar, and that led to all sorts of problems— nutritional problems, teeth problems.

MP: Some obesity. Sweetness is energy. It’s carbohydrate energy, and so we are hardwired to seek out both sugar and fat. And that’s fine when it’s hard to find or when you have to work hard to get it, whether you have to climb a tree to get a honeycomb or find ripe fruit. But now we can get sugar 24/7, and it’s really cheap.

It’s part of that series of misfits between our biology and the world we’ve created that we’ve made something that should take a lot of hard work very easy to get and with the result that people binge on it. And it is an addictive food. We do crave it, and like a lot of our urges and desires, it has to be managed.

HS: Curiously, fake sugar, which somewhat satisfies the need for sweet, doesn’t seem to make any difference regarding weight loss.

MP: It’s true. People get off of sugary sodas and use artificially sweetened sodas, and they don’t lose any weight.

MP: I don’t think they really know for sure.

One theory is that the experience of sweetness prepares your body for sugar, releases insulin to help the body process the sugar. And when you fool the body, when you lie to the body and give it the impression of sweetness, it releases that insulin anyway. And so that craving for actual sugar doesn’t go away. 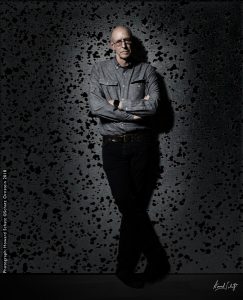 HS: What is your thought about ready meals? It almost always contains some sugar. Same thing with restaurants. Sugar is added to everything.

MP: If you add sugar to any food, any processed food, you will sell more of it. It’s that simple. It’s the easiest trick in the book, and it’s a very cheap ingredient to add. And now it goes by 20 different names. You have sucrose, agave syrup, honey, etc. The varieties of sugar are legion.

A lot of people try to watch out for sugar. And then you get maltodextrin, for example. Nobody knows what that is. Well, it’s sugar. And so it’s a really easy trick to get people to consume more of whatever you’re selling. So now you see sugar in places that were never sweet. Bread, for example. Bread never had sugar in it, but commercial breads now have sugar. Ketchup. Condiments of all kinds are full of sugar now. It’s become very hard to avoid sugar.

MP: It’s very hard to control what you’re eating because you don’t know what they’re doing. You don’t know if they’re using a lot of butter. You don’t know if they’re using a lot of sugar.  Restaurant food tends to be richer than the food we eat at home. Look, I’ve said many times that instead of dieting, just cook.  If you cook, it will take care of the calorie problem. You will not be as extravagant at home with fat and sugar as any restaurant. And you cook whatever you want, and you will not consume as much as you would in a restaurant.

HS: “Organic.” I’m never sure what that means and who’s responsible for saying something is organic, and all the things that could’ve happened to that food prior to the organic label.

MP: Of all the labels in the supermarket, it’s probably the most reliable now. Since the government began regulating organic after 2001, it is an audited set of protocols for what kinds of pesticides can and cannot be used for how the soil needs to be treated on a farm, for how the animals are to be treated and what they’re to be fed and whether they receive pharmaceuticals. You can count on it. There is a little bit of fraud in organic, but not much.

But is it an adequate definition of good food or sustainable food? No. There are definite weaknesses in it. If you’re buying organic because you’re concerned about chemicals in your diet, that’s a good call.

But if you’re concerned about climate change and you want to eat in a way that is sustainable, organic rules were designed before we knew about climate change, or before we cared about it. So in some ways, organic agriculture can be more energy intensive because if you’re not using chemicals to control weeds you’re going to be tilling over and over again, and every time you till you release carbon into the atmosphere and use energy to drive your tractor. So organic is not a perfect label, but it’s firmer than so many other labels.

HS: There are a significant number of American children starving. I wonder if you’ve thought about how the food culture can function to mitigate that.

MP: Yes, a lot of thought. Food justice is very central to my thinking about food. There are a couple things that are really weird about American eating, and one is that the poorer you are, the more you struggle with obesity. For most of human history, the rich have been round, and it was a sign of wealth that you could afford to have a big belly. And the poor were painfully thin. That’s reversed now. So why is that? Well, the kinds of calories that are cheapest in our society, which are calories of sugar and fat, are cheap in large part because of the agricultural policies we have. If you have a limited budget and you’re maximizing calories because you’re trying to feed a hungry child, you’re going to end up in the processed food aisle where you can get 1,200 calories of chips, for example. But if you take the same dollar and you go to the fresh produce, you can only get 250 calories of carrots or broccoli. So the rational choice, if you’re trying to keep a belly full, is to buy crap. The same is true with beverages. If you only have a dollar to spend, you will end up buying soda. You can get the most calories per dollar with soda, not orange juice. We’ve created a system where the poorer you are, the worse you eat. Healthy calories are too expensive for the poor to access.

It’s an issue for culture, but it’s also an issue for politics. It’s very important to understand that the way we eat in America is in large part driven by the agricultural policies, most of which are enshrined in something called the Farm Bill, a piece of legislation most of us pay no attention to at all. It comes around every five years. It’s being wrangled over right now, and it really sets the rules of the game: what kinds of farming will be encouraged, what kinds of crops will be encouraged. 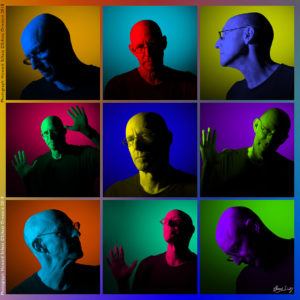 And in general, for the last 50 years, we’ve encouraged the growing of corn and soy which are the building blocks of the fast-food diet. It’s how you feed the animals that become the McDonald’s hamburger or chicken nuggets. It’s how you make the sweetener for the soda and the soy fat to fry the potatoes in. That’s what we subsidize, that’s what we encourage our farmers to grow. And as long as that’s the case, you’re going to have a situation where the poor can’t afford to eat healthy food.
Subscribe to Our Weekly Journal
All images Copyright Howard Schatz & Beverly Ornstein 1987-2023