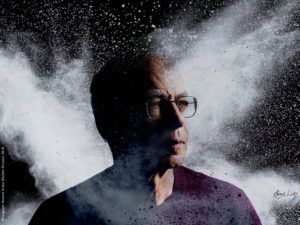 Since ethics is much in the news these days, both its presence and its absence, the time seemed right, for my Above and Beyond project, to invite to the studio for portraits and an interview one of the most renowned ethicists of our time. Peter Singer is a 72-year-old Australian-born professor, philosopher, and author whose 1975 book, “Animal Liberation: A New Ethics for our Treatment of Animals,” is the “Silent Spring” of animal rights.

He is a central figure in the increasingly important field of bioethics, and teaches at the University of Melbourne and Princeton University.

Time magazine has named Singer among the 100 most influential people in the world.  In 2012 the Australian Government made him a Companion of the Order of Australia, the nation’s highest civilian honor. Singer is a co-founder of Animals Australia and the founder of The Life You Can Save. He has written 29 books and more scholarly articles than I care to count.
HS: Have new scientific discoveries which are occurring all the time, caused modification or changes in how you think about things? For instance, the CRISPR technique to modify genetic outcome, stem cell work, artificial insemination, limb transplants…I know it’s a wide-ranging question, but I wonder…

PS: Well, a lot of my work is concerned with new developments particularly in biomedical sciences, and the ethical implications of them. The original big example was the development of in vitro fertilization. The first test-tube baby, as she was called, Louise Brown, was born in 1978. And that’s continued, as you point out; there are new developments with stem cells and the hope that stem cells will lead us to cures for various diseases. And more recently, advances in terms of genetic modification. As a result of in vitro fertilisation, we’ve had the possibility of pre-implantation genetic diagnosis. So, we can look at the embryos in vitro, and see if there’s a genetic flaw in one of them and not transplant that one, which is useful for couples who know that they carry some genetic defect.  And we will eventually be able to select, I think, for positive qualities as well. So that’s certainly something that we, as a society, need to think about.

HS: And your thoughts about that?

PS: Well, I don’t, in principle, oppose the idea that we could select for positive aspects of human nature. But I’m troubled by the idea that if this becomes something offered by private clinics, then wealthier people will be able to afford it and they will have genetically superior children, whatever we mean by superior, of course and the less well-off strata of society will not. So what is now an economic divide, will become hardened into a genetic divide. I think we should try to make sure that doesn’t happen. Now, we could do that either by prohibiting all genetic enhancement or we could do it by permitting it but subsidising it for people who can’t afford it. That would be an interesting choice.

HS: Can that ever work?

PS: Yes. It could work, sure. Most countries…Most affluent countries have subsidised medicine for everybody.

HS: Not this country. 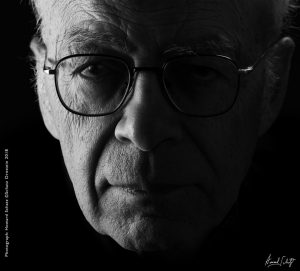 HS: Suffering has been a major issue for you, powerfully informing your moral philosophy. I would like to explore something that I’m sure you’ve thought about, although I haven’t read anything you’ve written nor heard you discuss – how the fact that your parents escaped the Holocaust has affected you regarding the idea of suffering?

PS: Yes, it’s a good question, but it’s a very difficult question for me to answer because, of course, from my point of view, I came to the views that I hold through reflection, through philosophical arguments and discussion. And although I was always well aware of the background of my family… And not only, as you mentioned, that my parents escaped the Holocaust, but that my grandparents did not. Three of the four of them perished in the Holocaust. So, clearly, I was very aware of that.

But it’s very hard for me to say, really, whether that had a decisive role in the views that I now hold.

HS: You would think such psychological input has informed your objective thinking; that history and your upbringing has had an influence on you.

PS: I’m sure it informed it to the extent of an abhorrence of racism and authoritarian rule, and the use of force in government. Did it lead to the more general views I hold, in particular to the idea that reducing suffering is one of our primary ethical obligations? Possibly… Possibly, it did. But, as I say, I can’t trace that psychologically. I can’t look back and think, yes, I was conscious of that when I adopted this philosophical position.

HS: And that suffering transfers to some identification with the non-human animal kingdom?

PS: Yes, that’s right. Because I do think we see a related phenomenon. Isaac Bashevis Singer, the great Yiddish writer, who’s no relation to me, said: “When it comes to the animals, all men are Nazis.” He referred to the way we treat animals as an “eternal Treblinka.” I don’t equate the Holocaust with the way we treat animals, they’re not the same. But I do think we can see in the way some humans relate to non-human animals the same  attitude of brutality towards those who are completely in our power, and the same indifference to their suffering, that the Nazis exhibited to Jews, homosexuals, Gypsies and other victims of the Holocaust.

Look at the videos that are taken undercover in factory farms, which show such totally unnecessary, wanton, brutality to animals by the employees of the farms. They show it again and again, and then the conglomerate that owns the place says: “Oh, this is terrible, we’ll fire them, there’s been a lapse in training.” But then it happens again and again. 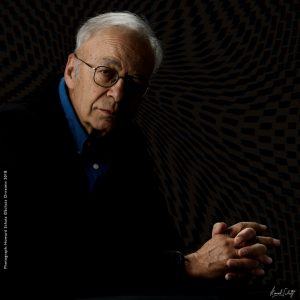 HS: Would you elaborate on the moral basis of avoiding pain and suffering?

PS: You can  start by thinking about yourself, right? Imagine, or if you like, remember, if you’re unfortunate enough to remember, an episode when you were in significant pain, when you suffered and didn’t know when it was going to end or be relieved.   I’m sure that you think of that as a really bad experience. In some cases, of course, it might have had some good consequences but just thinking of it as the experience at the time, pretty much everyone I talk to agrees that that was a bad experience and that they would rather not have had it.

If we make that judgment about ourselves, and then we say: “Okay, but if I’m to reach an ethical judgement, I can’t just think about myself. I have to think about others in the world as well.” I have to – to speak metaphorically – take the point of view of the universe. Then from that perspective, I imagine other
people are suffering as I was suffering (and imagine, if you like, that they’ve done nothing to deserve their suffering).  We could debate whether anybody deserves to suffer but put that aside for the moment and imagine that the being suffering is a child, or an animal, or somebody who’s never done anything bad to anyone.  Then, isn’t it also a bad thing that that person or animal is suffering? When we think ethically, we can say: “Yes, regarding my own suffering state, I realize that this is not just something I don’t like but this is really something that is undesirable in a more general sense. That it would be better if this didn’t happen.”

So that’s the way I think… It’s a kind of generalisation from our own case, but I think if we are to think ethically, we really are bound to make that generalisation. 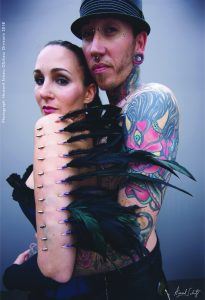 HS: I would like to discuss what this woman had to say about pain and suffering:

HS: Someone who actually likes pain. And, there are others who seem to feel this way. I would like to know your thoughts about this.

PS: I think there’s a couple of ways of explaining that. One may be, and it was implicit in some of the quote you read, that although they feel the pain, and don’t like the pain, they get great pleasure from it… That’s the erotic pleasure that the woman is getting. So, they may make the judgment that the pain is worth it because of pleasure, just as when I go to the dentist and know that I will feel some pain or, at least discomfort from the drilling of my tooth, it’s better than the pain that I’ll receive from the toothache if I don’t go to the dentist.

The other possibility is that these people are not really suffering from the pain that they’re feeling — they have a different kind of response to that, as she said… And the other telling thing in the quote is: She can control it. Now, maybe by controlling it, she means that she can achieve a mental state where she doesn’t actually suffer from it.

I am concerned about suffering. Certainly, I think pain for most people and most animals is linked to suffering. But if there are people who welcome this particular physical sensation that we describe as pain and which we try to avoid, then I would say they’re not suffering as a result of that. 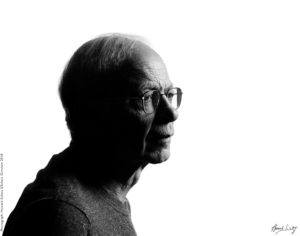 PS: The way I use the term suffering, although you may accept suffering because it is instrumentally good, you can’t like it for its own sake.