ABOVE and BEYOND with Adam Gopnik 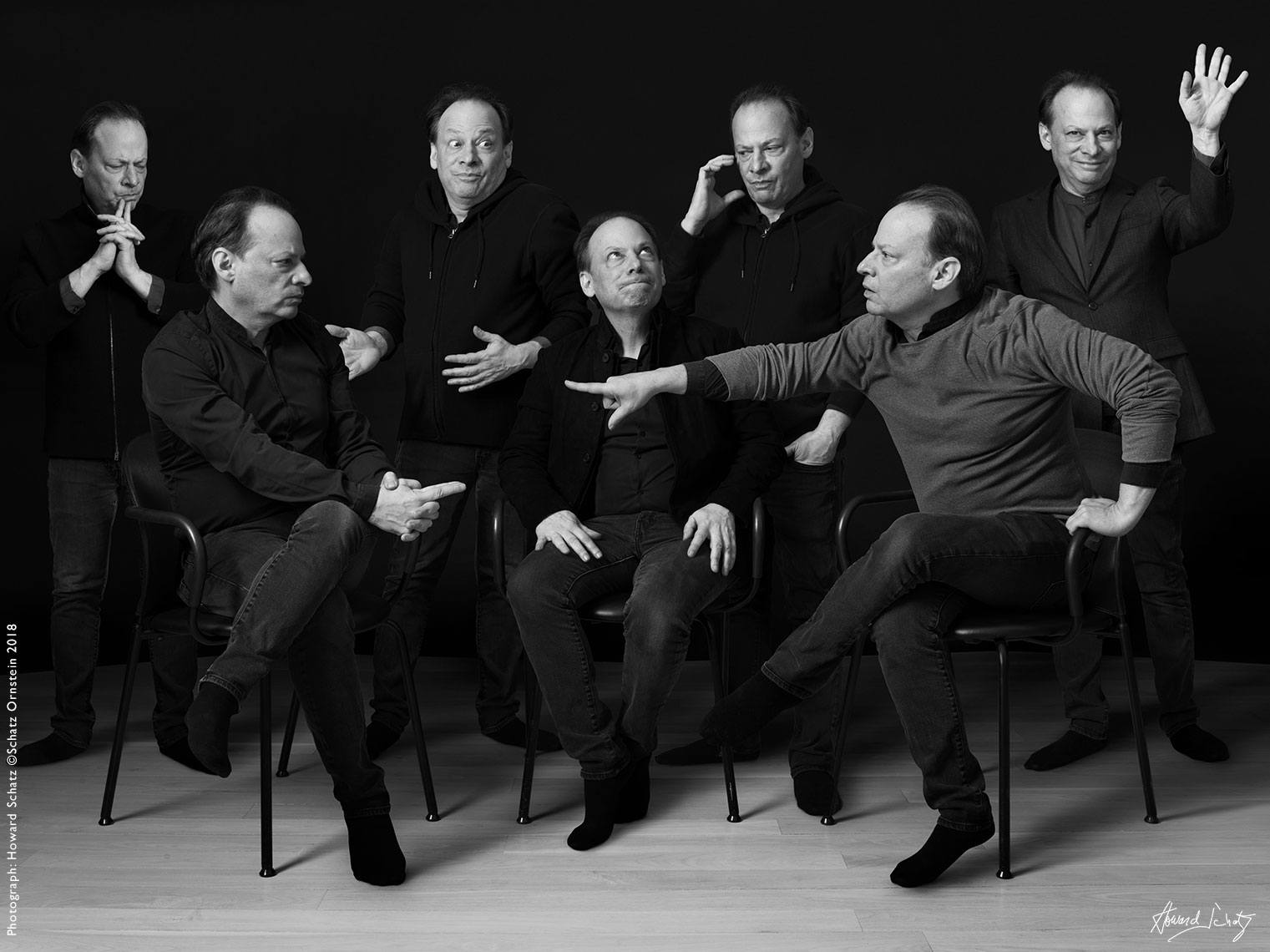 Adam Gopnik is a Renaissance Man’s Renaissance Man. A long-time staff writer at The New Yorker, he is an essayist, a critic, a playwright, a novelist, an author of children’s books…in short, the epitome of the enlightened human. I read his writing avidly, and, a few weeks ago, invited him to our studio to participate in my project “ABOVE and BEYOND.”

A three-time winner of the National Magazine Award, Gopnik has amazingly broad knowledge of many areas, including: Art and art history, culture, politics, music, even sports. His first essay in The New Yorker, “Quattrocento Baseball,” appeared in May of 1986, and he served as the magazine’s art critic from 1987 to 1995. During our interview, he spoke in perfectly structured, literate English, as clear and precise as his written words.

Here are some of Gopnik’s thoughts that I found especially compelling from our interview:

HS: So prolific, I wonder how you organize your life. When do you write? When do you read? When do you think? When do you go to museums, see friends, have a life? You must have some efficiently organized method in order to produce as much as you do.

AG: I have a very standard routine. I start drinking strong coffee early in the morning. I go off to my little study and I write for four hours. I have many sisters, one of them a distinguished psychologist, and she says that you can only do creative work intently for four hours at a stretch. So, I do four hours from nine til one, every day.

I try not to do anything else. I’m just there to write. I do it in a way that makes it maximally uncomfortable for anyone else who intrudes on me, because I can only write if I’m playing extremely loud rock music from my high school years: Jethro Tull; Eric Clapton with Derek & The Dominos, that great Layla album; Jimi Hendrix; all of that music.

HS: You play this music, and loudly, as you write?

AG: I can’t think if I don’t have the music, that’s the funny thing. I also overheat terribly as I’m writing, so I have to keep the windows open in the middle of winter. I’ve had a series of wonderful assistants just coming out of college, and they’re sort of excited about the job. You know, “I’m going to be a writer’s assistant and see the elegance of a New Yorker writer’s life,“ and instead it’s just a little man, four hours a day, in a brutally cold room with incredibly loud music playing, and that’s their experience. So, they’d retreat into the hallway and spend the time talking with my wife.

HS: Where and how do you think your work has had greatest impact given the political and cultural bias of The New Yorker?

AG: Writing for The New Yorker, which is a traditionally liberal magazine, of course you ask yourself a question, “what am I really affecting here?” because I’m writing to people who agree with me in advance. But, if you look at the greatest political editorialists who have ever lived, Albert Camus, for instance, they were writing themed journals that were directed to people who were inclined to agree with them in the first place.

What we do, I think, as citizens, writing, is not so much to change minds as to bear witness.
What you want to say is not, “here’s an argument that will convince you of the opposite of what you believe already, but here’s the kind of argument you ought to be making to the people who don’t agree with you.“

HS: We live in a time with a bully in the White House. And, yet, despite the mean-spirited and hypocritical behavior, there are still thirty to forty percent of Americans…

AG: Who love him.

HS: And my question on changing people’s minds comes from something you wrote in your wonderful book, “At the Strangers’ Gate,” that was astounding. I’d like to read it and perhaps you can comment on it:

“No one really surrenders an illusion in the face of a fact. We prefer the illusion to the fact. The more facts you invoke, in fact, the stronger the illusion becomes. All faith is immune to all facts to the contrary, or else we would not have such hearty faiths and such oft-resisted facts. If your faith is in life’s poetry, as ours was, a tiny room inadequate by any human standard and designed to make life borderline impossible looks appealing. The less possible it becomes the more beautiful the illusion looks. Such illusions – call them delusions; I won’t argue now – grow under the pressure of absurdity, as champagne grapes sweeten under the stress of cold ground.”

AG: Yes, I think that’s true. I mean, I was writing specifically there about the reality that when Martha, my then girlfriend, now wife for many years, and I moved to New York, we were enraptured with an idea of poetry, a kind of metropolitan poetry. And, the apartment we moved into was 9×11 basement room overrun by cockroaches in which there was about as little poetry as you could expect to find in the world.

But, we weren’t disillusioned by it. We simply doubled-down on the myths that we were self-creating, and I think that’s generally true. You know, no one is ever argued out of a religious faith by contrary facts.
No one is every argued out of a political ideology.

That’s the problem we’re faced with: You can’t resist a figure like Trump by appealing to the facts, by saying he lies all the time, because the people who admire him like the fact that he lies all the time. The lies, in a certain way, are appealing to them because it gives them license to indulge their own fantasies. In other words, if somebody tells you three million people voted illegally in California, it’s an outright, absurd lie. But, that an authority figure says it gives you a right to believe in it.

If your question is what do you do then, when you have a leader who is completely allergic to facts and who appeals to an audience that’s resistant to facts, I think the answer is that you can’t fantasize that you’re going to convert those folks. What happens is that you get new generations who just don’t buy it. If you think about the great social changes, the great positive social changes of our time, they tend not to happen because you have people who are entrenched in a bigoted or old-fashioned reactionary position who are converted. What tends to happen, is the young generations who come along simply don’t enlist in the bigotry.

HS: I’d like to talk about the natural history of creativity, its life-cycle. There’s sort of an apex, a fertile period of
creativity, then a downturn. Recently, I heard Dylan say when asked about his seminal work of 50 years ago, “Who writes like that?!” Probably everybody’s curve is different and maybe some people have a second curve. Do you have any thoughts about that?

AG: I think that any honest, creative person is bound to confess that when one looks at other artists and creative people, you tend to see that they have a high period and then a falling off period. Bob Dylan is a remarkable character, but there’s no question that the Dylan between 1966 and 1974, between Blonde on Blonde and Blood on the Tracks is the Dylan who we’ll remember. Paul McCartney is a musician of limitless melodic invention, but the McCartney we’ll remember is between 1965 and 1969. So, there’s a lot be said for the idea that artists ought to retire in a way that fighters ought to retire before they get punch-drunk and lazy-legged and all the rest of it.

However, what I do think is true is that even if you accept that all creativity is cyclical and has a falling off point, there’s still an enormous value in artists persisting, because artists don’t just give us the gift of their products, they give us the gift of their example. Dylan 2018 is not writing songs the way Dylan 1968 did, but it’s wonderful to see him continuing to stand up there with his croaky voice and his little mustache bearing witness to what it is to have been Bob Dylan.

HS: Do some artists have two periods of great work?

AG: Yes, I think they do. Matisse did unimaginably beautiful work between 1905 and 1920; went on doing interesting, not nearly as profound work and then, suddenly, as an old man changed his medium, started using scissors instead of a paint brush and, once again, did utterly sublime work. De Kooning, another artist who had a great late blooming. Philip Roth, to take a name that doesn’t seem to sit with de Kooning and Matisse, maybe, at first, through sheer dint and intelligence continued to blaze new kinds of witness, new kinds of writing, in part, because he had the enormously smart idea that he should write about what it was like when he was young again. Instead of trying to bear witness again and again to the new world, he wrote very much about New York in the 1940s.

I don’t think silence is a good answer for an artist, even if an artist is aware that it’s a general rule that you do your best work at a particular moment; the work that people will remember most.
HS: What are your thoughts on the larger issues of the day, especially fake news and how, in a way, it threatens our democracy?

AG: Fake news is one of those things that has managed, through the mendacious spin of a very mendacious man, to totally reverse meaning. When fake news was first talked about people meant actually manufactured fraudulent stories that were being passed around on the internet, very often to the benefit of Donald Trump.

He turned it around to make it an accusation at people who were actually doing real news: CNN, The New York Times and so on, who do their work in the same flawed and imperfect way that we all do our work, but who genuinely are trying to report the world as it is. It’s Trump, the manwho speaks loudest about fake news, who is the most culpable of spreading fake news… “three million people voted illegally, I had the biggest crowd,“ and on and on and on.

So, I don’t feel fake news is as big a problem as the people crying about fake news. In other words, it’s when the governing class decides to demoralize the population by telling them they can’t believe anything that they’re being told. That’s when you get the crisis. 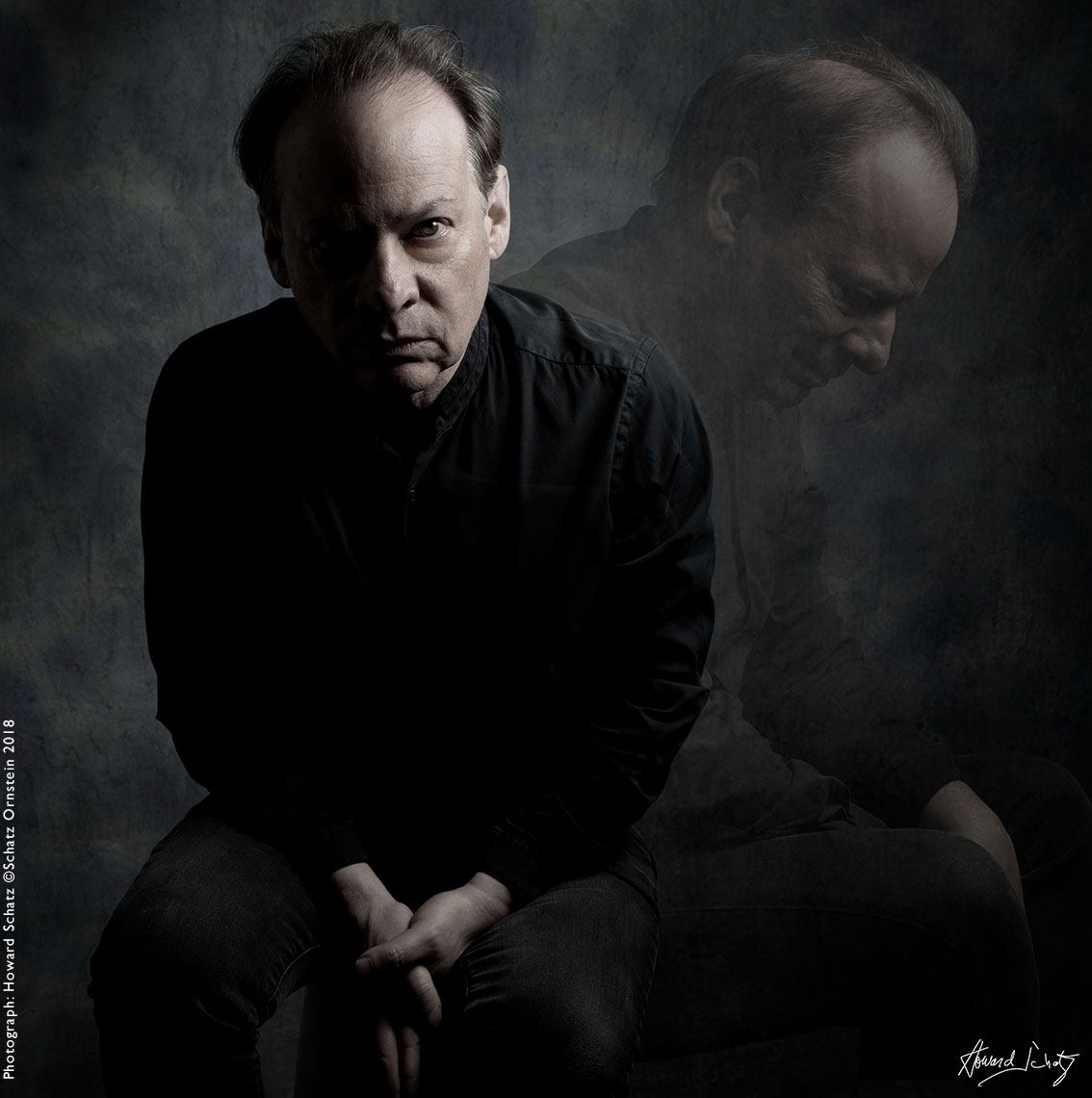