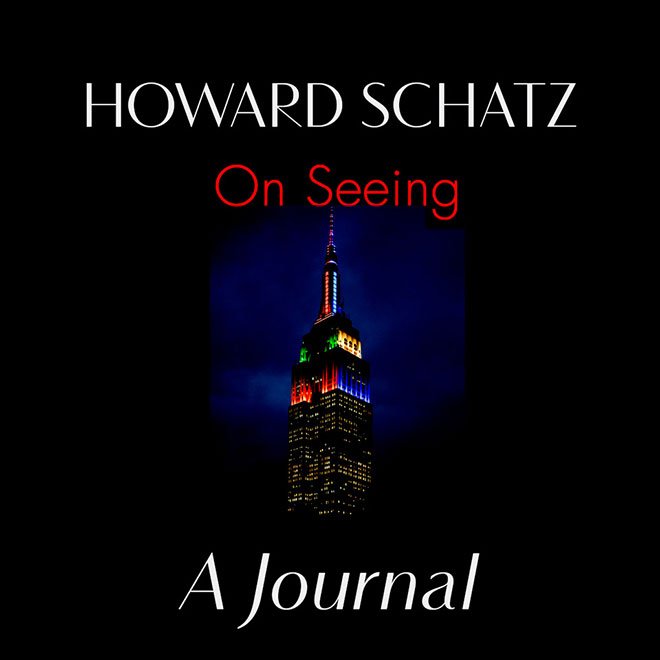 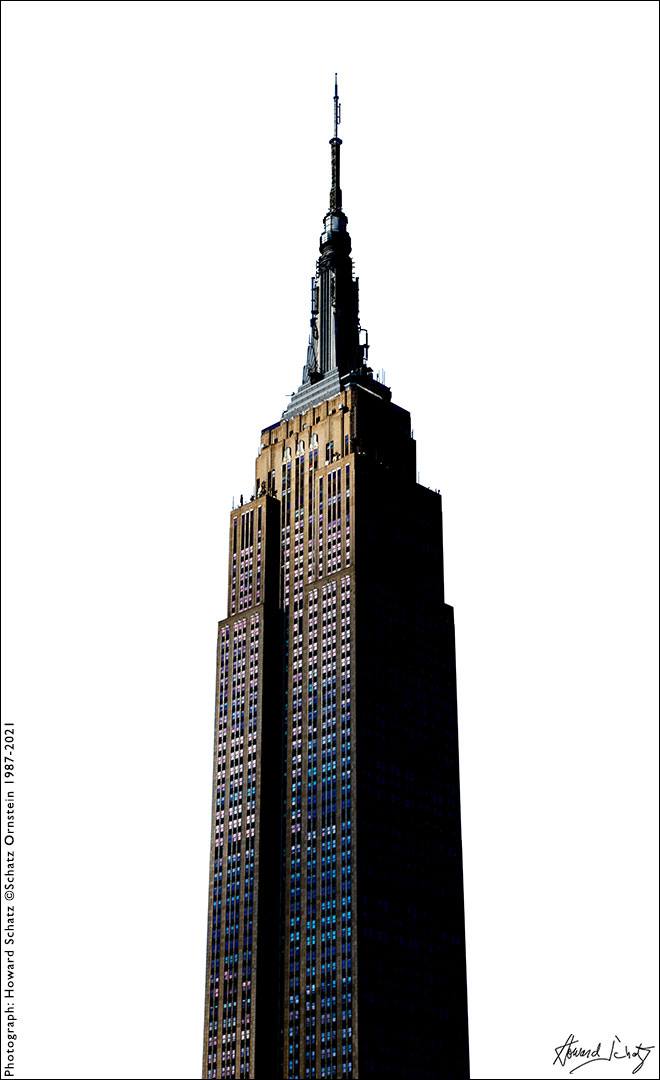 I wondered what New York City would look like from far above after a heavy snow; I was permitted access to make photographs from the 102nd floor observatory at 1,250 feet. In December 2020, a day following a heavy snow, I photographed from early afternoon until after sunset.

The length of Manhattan is tilted 29˚to the right off perfect North.

This “map” of Manhattan will be utilized to describe the direction/orientation of each photograph relative to my position in the Observatory. 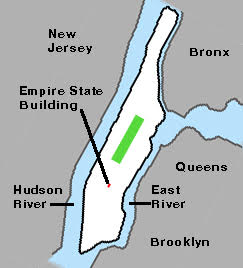 A day after a big snow the efficiency with which the city works had resulted in cleared streets with evidence of snow only on the roofs. Oh well…still, I loved making the images and learned a much about the city’s parts and pieces. 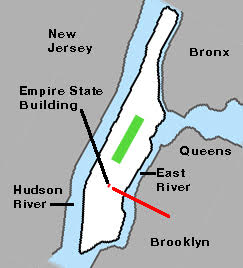 The tall, orange, office building in the lower center is 3 Park Avenue, with 33rd and 34th streets running SE along its sides. The East River is at Manhattan’s shoreline. Snow sits on the roofs, though not very remarkable. The United Nations Building is located on the left. 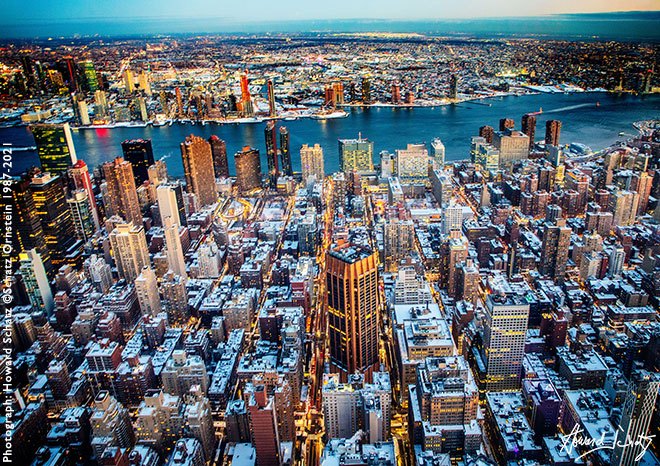 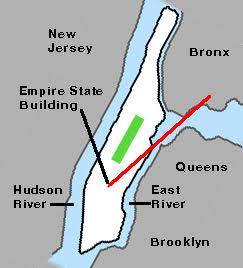 he Chrysler Building is located to the right of center. Located centrally is the new and 4th tallest NY City building (1,401 feet) One Vanderbilt. The fifth tallest building is 432 Park Avenue, one of New York’s “pencil” buildings, can be seen further north. 5th Avenue runs along the left side of the photograph.The United Nations Building is on the far right, at the shoreline. 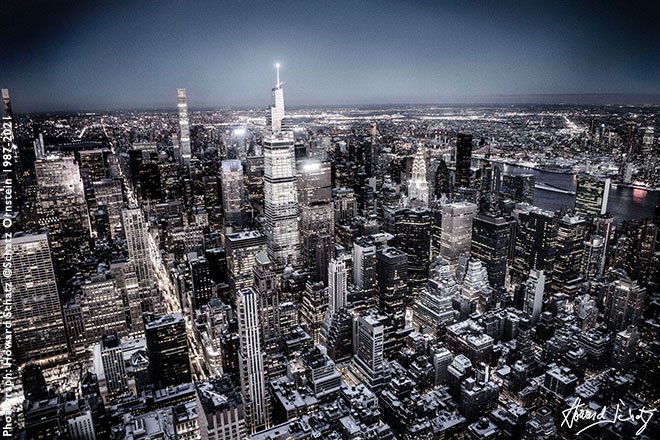 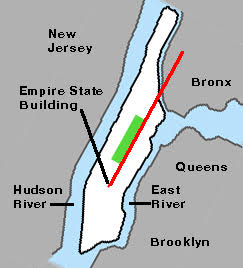 Midtown. Office buildings and “Billionaires’ Row of new tall “pencil” buildings. Central Park and Harlem are seen north of this area. The Hudson River can be seen to the far left. 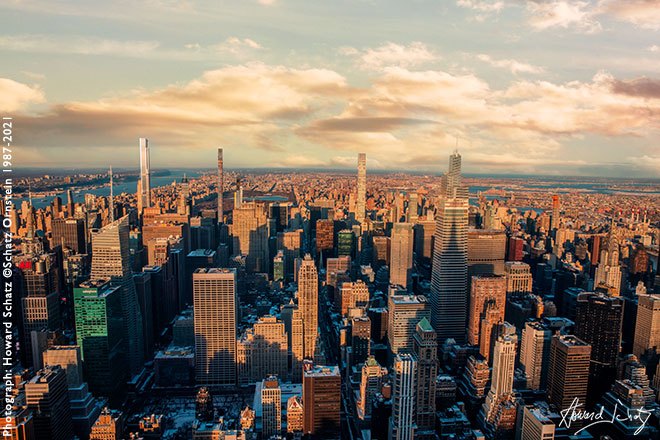 A few hours later, after the sun had just set; lights are being turned on. 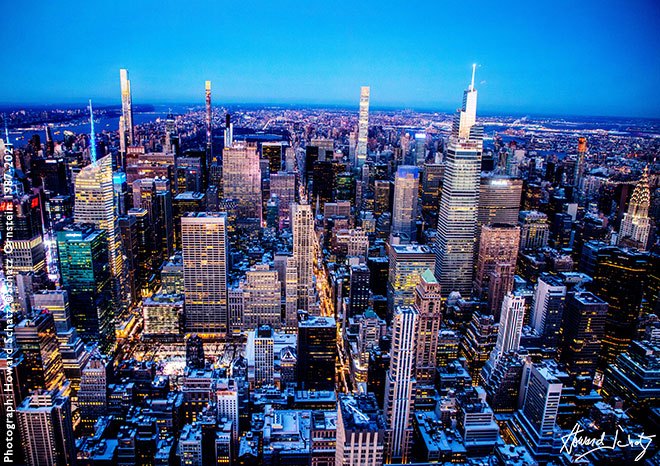 Snow on the roofs, just NW of The Empire State Building. 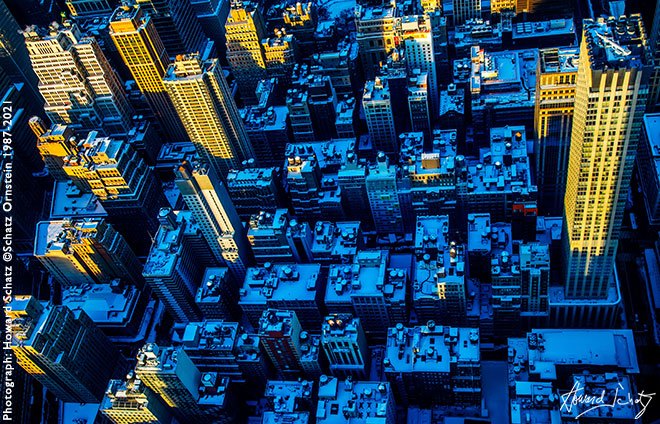 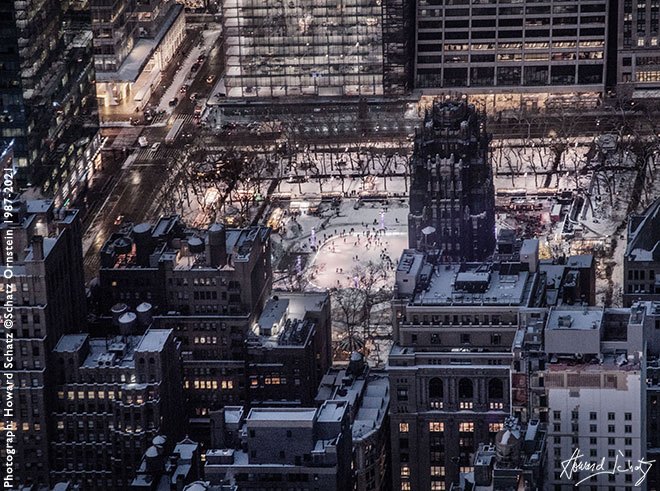 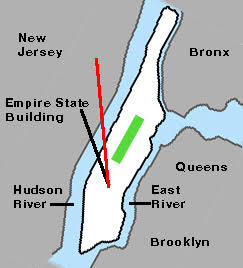 Western side of Midtown. Broadway, barely seen at the bottom, right runs through it on its way through Times Square. 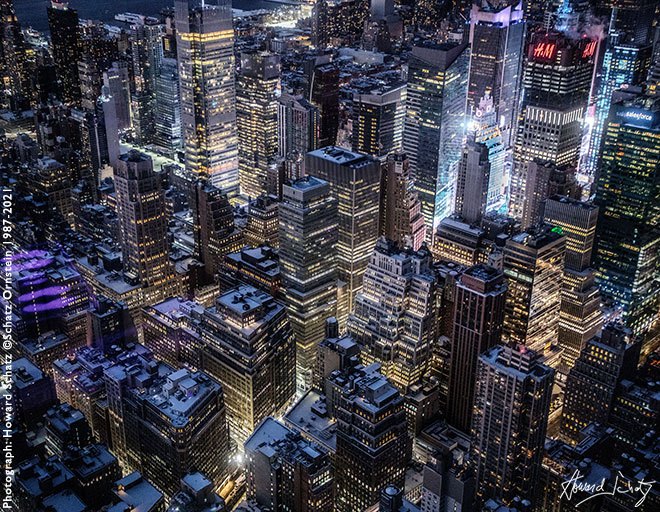 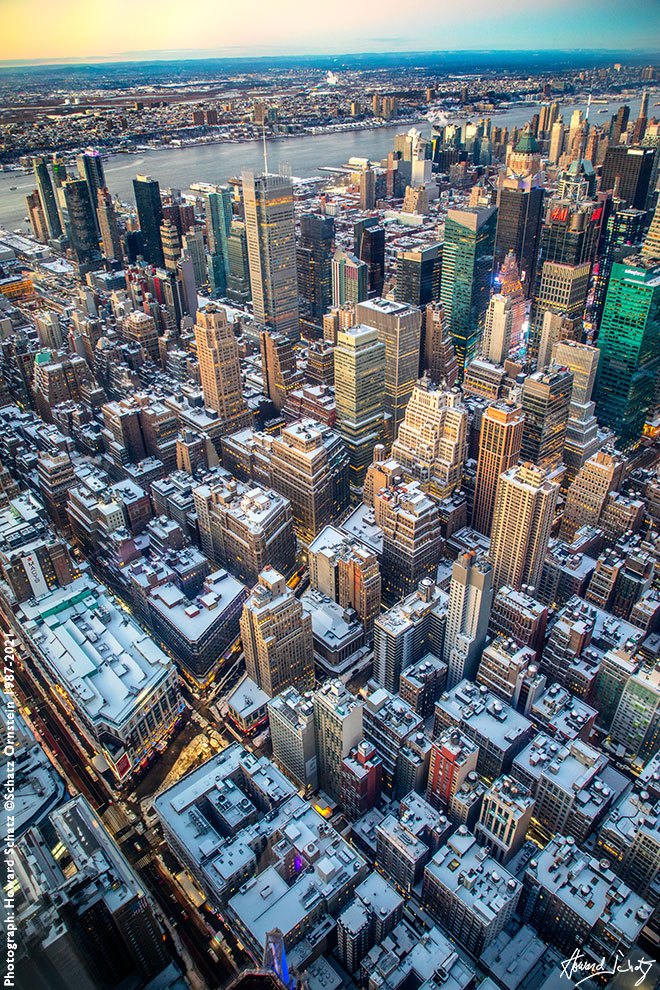 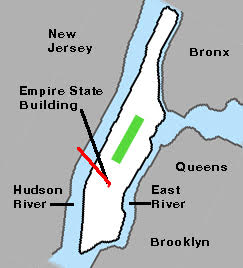 Hell’s Kitchen and pathways to the Port Authority Bus Terminal and Hudson River. 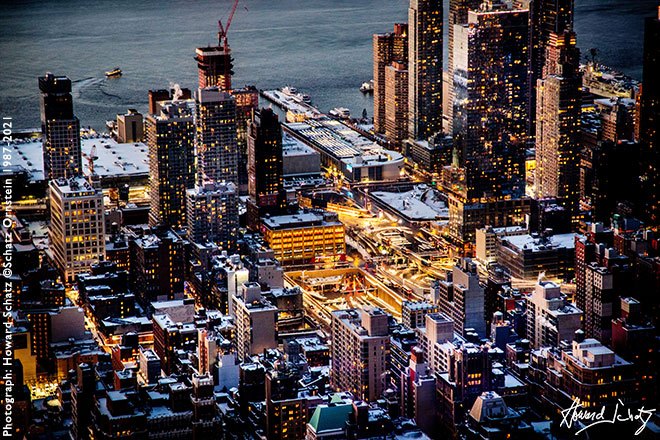 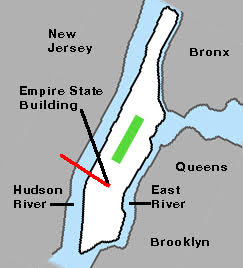 33rd (on left) and 34th (on right) Streets point WestNW to the new Hudson Yards buildings at the Hudson River. Madison Square Garden can be seen, barely, in the center, just South (to the left) of 33rd St. Macy’s at Broadway, 6th Ave and 34th streets is located at the bottom right. 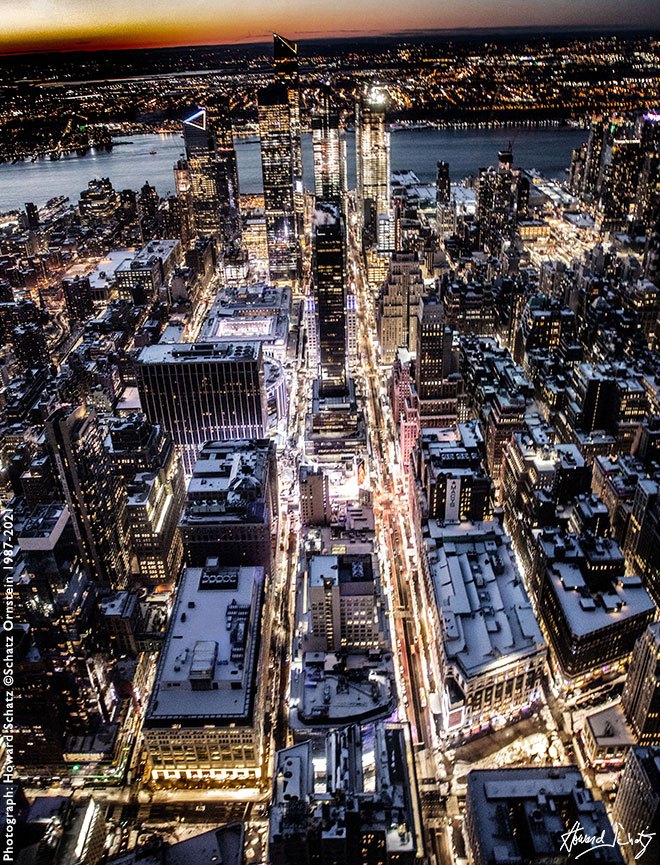 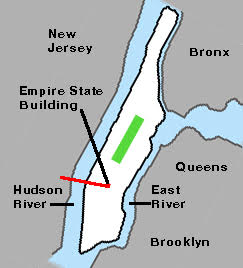 Chelsea (filled with a majority of New York’s art galleries) and the Hudson River. The white-domed building just below and to the left of center houses one of my personal favorite places in New York, the Midtown Tennis Club, with eight indoor courts, on 8th Ave and 27th (where I play tennis, just a walk from our apt on 21st and 2.5 blocks East)). 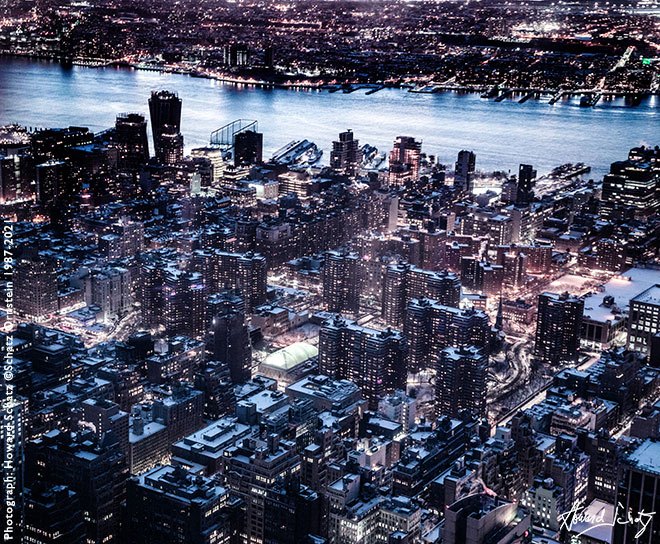 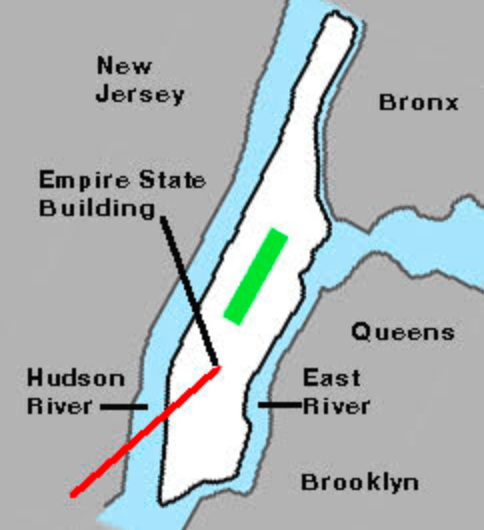 From Chelsea SouthWest through Greenwich Village, SOHO, Tribeca and to Wall Street. The Statue of Liberty can be seen at the mouth of the Hudson River in the Bay. Jersey City, NJ is located west of the waterways. 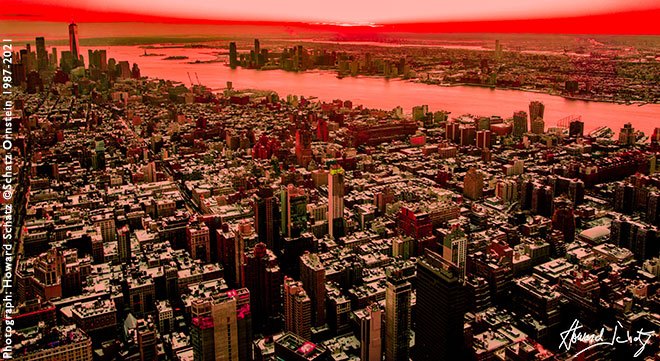 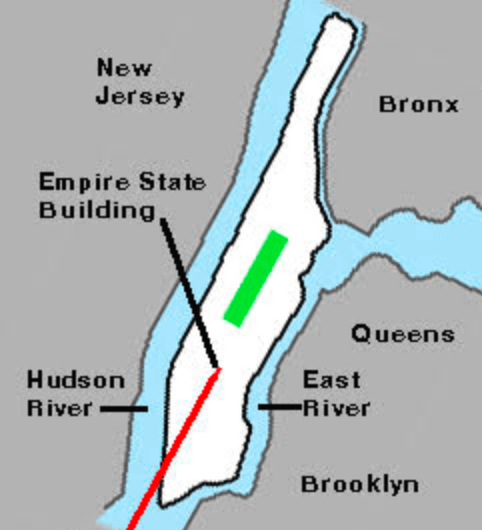 Southern part of the island to Wall Street and One World Trade Center, Manhattan’s tallest building (1,776 ft), the Hudson and East Rivers join at the Bay. Near the bottom center of the photograph 5th Ave and Broadway meet and split at The Flatiron Building on 23rd St. 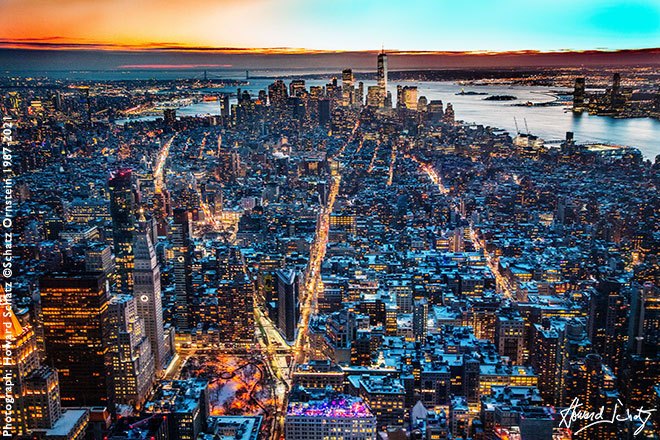 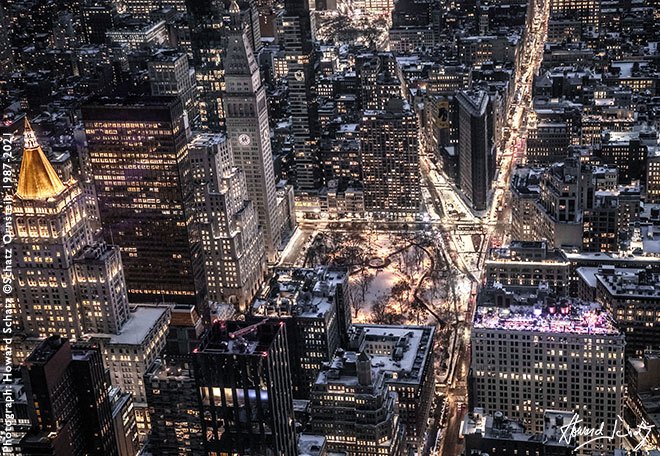 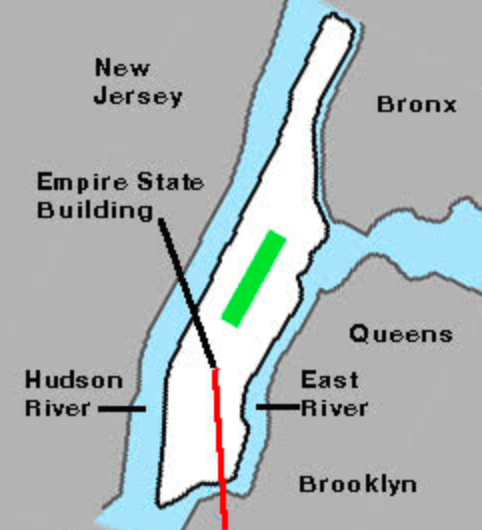 South through the East Village, Lower East Side, across the East River to Brooklyn. 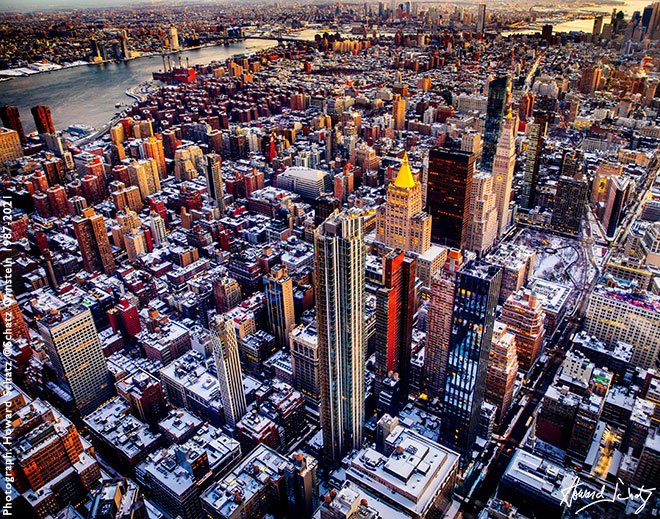 I am continually fascinated by this great American city.

I long for its cultural resuscitation when COVID finally feels under control.